The thirty and something years old bachelor partners and best friends divorce mediators John Beckwith and Jeremy Grey have a hobby of crashing weddings following predetermined rules to have one night stand with different women. When they decide to crash the most important wedding of Washington pretending they are brothers, in a party promoted by the Secretary of Treasury William Cleary, John breaks their rules and has a crush on Claire Cleary and Jeremy scores the sex-addicted Gloria Cleary, both daughters of William. Gloria invites Jeremy to spend the weekend at the Cleary family estate, and John sees the chance to be close to Claire, in spite of her engagement with the arrogant Zachary “Sack” Lodge. Along the weekend with the dysfunctional Cleary family, John and Jeremy will fall in love for the sisters, but their real identities jeopardize the relationship. 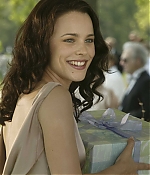 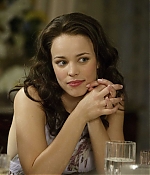 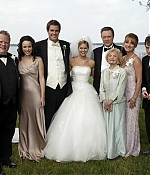 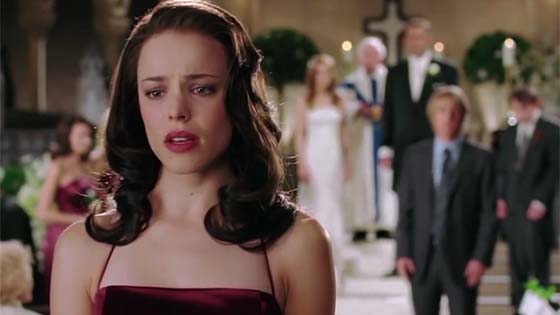 Finding an actress to play the headstrong Claire proved to be a long journey that resulted in the casting of Rachel McAdams, who starred in last summer’s hit films The Notebook and Mean Girls.

“I never stop casting because if I cast the movie correctly, I’ve done half my job already,” says David Dobkin. “Hundreds of actresses auditioned for the role of Claire, but none of them really captured the essence of the character. I was an hour from going to the studio and presenting my top two choices when Rachel McAdams came into my office. I just loved her energy immediately. I threw her a couple of curve balls just to see how good she was and she nailed both of them, which made my decision really easy.”

“I was really surprised to get the part because it all happened so fast,” says McAdams. “I loved the script and laughed out loud when I read it. Claire has grown up in a world of privilege, but somehow has managed to stay pretty grounded despite her very eccentric family. She meets Owen’s character at her sister’s wedding and finds him charming and interesting because he doesn’t take himself so seriously, and is terribly funny and witty.”

While John runs into a road block in his pursuit of Claire – her blue-blooded boyfriend Sack – Jeremy is almost too successful in his seduction of Gloria, played by Isla Fisher, the youngest and most “adventurous” of the Cleary daughters.

Rachel joined the cast mid-February 2004. In late March it was reported that Jane Seymour joined the cast, and that filming was underway in L.A., D.C., and Maryland. Principal photography began on March 22nd, 2004 at the Wilshire Ebell in Los Angeles. The movie wrapped principal photography on June 7th, 2004 after 52 days of production. To prepare for her role, Rachel got her certification in sailing.

“I was just interested in working with these guys and after having met the director in the audition, I knew that we had worked up a really good rapport immediately. With this one I thought: this is an opportunity to work with people who are the best of the best right now, in terms of this kind of genre and I hadn’t done an adult comedy and I wanted to try it.”
–On why she got involved (Dark Horizons)

“It went really well, but that’s happened before, and then you hear nothing. So, you can’t really judge by being in the room. I felt good, and I felt like we had a great rapport, him and I, and he directed me, which is always nice. It was fun! It felt easy, and I hoped it would work.”
–On her audition (Collider)

“I was so intimidated at first he’s so smooth and so good at what he does. He’s such a present person. When you’re acting and in a scene with him he’s right there, and that’s nice.”
–On working with Christopher Walken (The Cinema Source)

“She hates being compared, but I often said to her, ‘You can be Meryl Streep. You can be Sigourney Weaver or Julia Roberts. I believe she can make almost anything that you ask her to do.”
–David Dobkin, director (LA Daily News)

“She’s so wholesome, but she’s also got some fun, truly girlish streaks. When she’s giggling in church (at the corny vows uttered by her sister) and not being someone you hate – that’s a hard scene to pull off.”
–David Dobkin, director (LA Daily News)

“She’s so great. God she’s so good and I think she a genius actually. I feel like I am obsessed? Maybe I should tone it down a little? ”
–Bradley Cooper, co-star (MTV Interview)

“I loved working with Rachel. I wasn’t really aware of who she was. Before the movie started, I hadn’t seen ‘Mean Girls’ and it was during filming that we had a screening of ‘The Notebook.’ I was kind of blown away because I had already seen in ‘Wedding Crashers’ how she could be funny and very charming, but that was like a very powerful emotional role that she played. And to me she has like such a great face. It could be like be from a 1950’s movie star. It’s very open. She’s very polite. She’s Canadian and that’s always nice.”
–Owen Wilson, co-star (About)

“Ms. McAdams, who grows more appealing with every new role, makes the most of her underdeveloped character, Claire, the goody-two-shoes daughter of a powerful politician.”
–Manohla Dargis (New York Times) 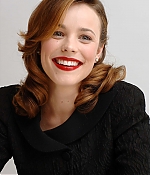 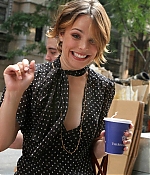 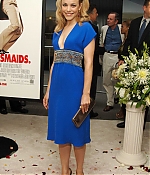 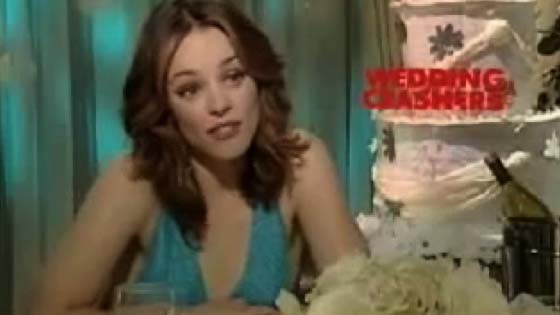 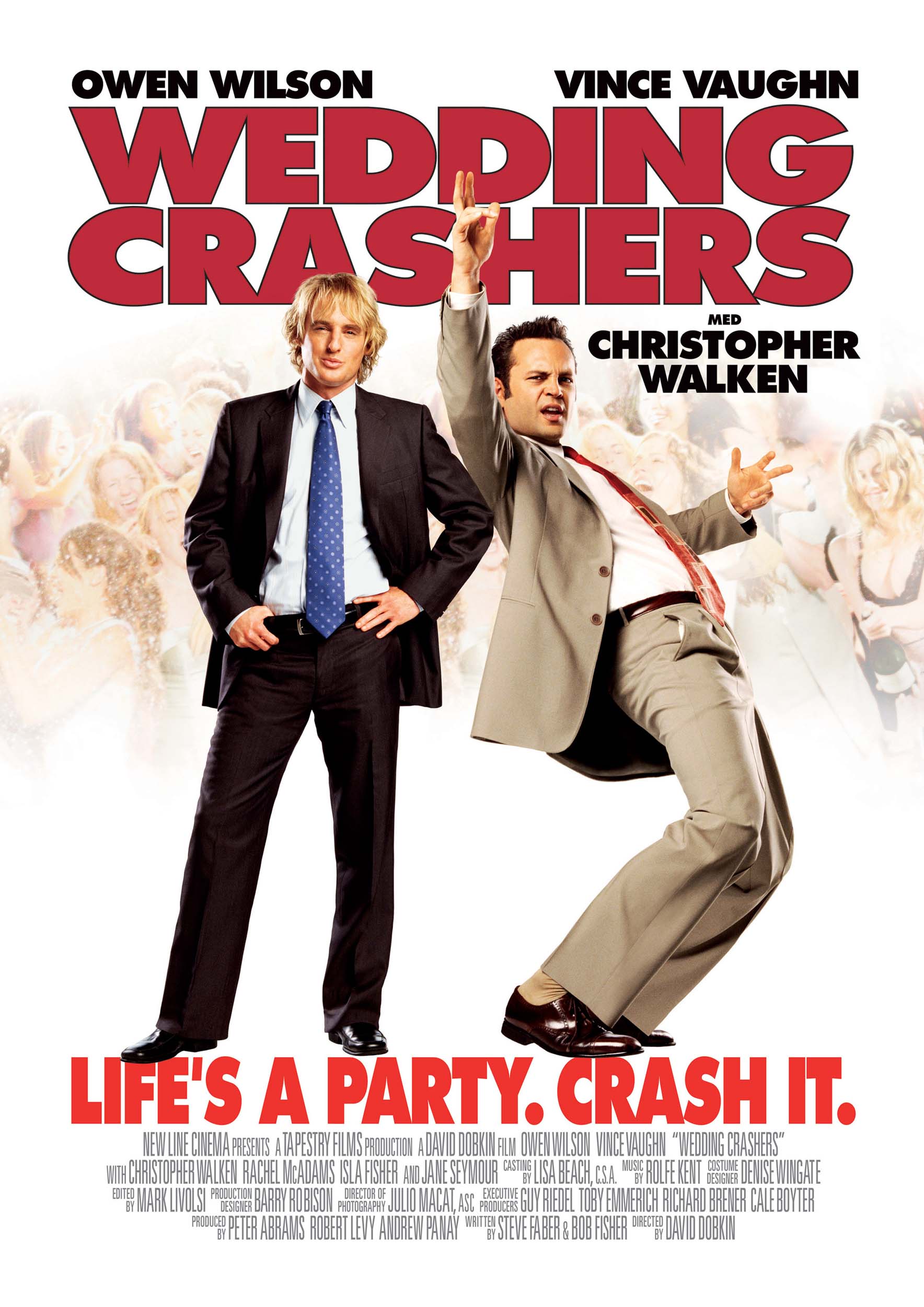 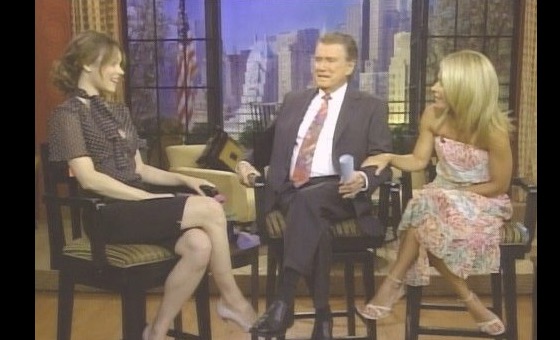