Rachel is in the New York Times’ latest issue of T Magazine!

Rachel McAdams takes front and center in New York Times’ latest issue of T Magazine. The 31-year-old Canuck cutie has been out promoting her latest film, The Lucky Ones. The story revolves around three soldiers — Collee (McAdams), T.K. (Michael Pena) and Cheever (Tim Robbins) — who return from the Iraq War after suffering injuries and learn that life has moved on without them. Here are a few excepts from Rachel’s interview:

[Even though you wanted to become an actress,] you still stayed in Canada instead of jetting off to L.A. or New York. [Why?] I had a small-town life — I worked at the local McDonald’s for three years. I’m not sure why they kept me: I am something of a daydreamer and a dawdler, so they would only let me be the ‘‘friendly voice’’ that greeted you when you entered the restaurant. I was slow — I would be organizing the sweet-and-sour packets in the customer’s takeout bag while the line snaked out the door. Even at a fast-food restaurant, I wanted everything just so.

Do you like to audition? I love auditioning. Since ‘‘The Notebook’’ and ‘‘Wedding Crashers,’’ I don’t have to audition anymore, and I miss it. You get to show your interpretation of the character. I get nervous when I don’t audition. What if they hate what I want to do? I also like screen tests, where they put you in a room with your male co-star. They want to see if the two of you have chemistry together. There’s something wonderfully old-fashioned about a chemistry test. During a movie, chemistry is so important, and yet they just assume actors can fake their way through it. That doesn’t always work.

In ‘‘The Notebook,’’ you and Ryan Gosling had amazing chemistry. Are love scenes difficult? They’re strange. A kiss with anyone, on or off camera, can be intimidating. I’ve been kissing for nearly two decades now, and I’m always convinced I’m not doing it right. Chemistry is so important in a great kiss. You can act your way through anything, but it’s hard with a kiss. It’s much better if there’s an attraction.

Read the full article on Rachel McAdams at NYTimes.com. For more info on her movie, check out TheLuckyOnesMovie.com. 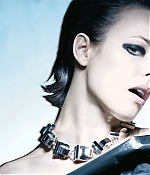 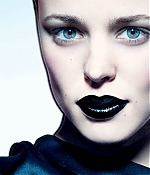 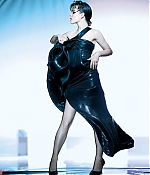 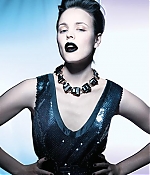