Rachel’s co-star Robert Downey Jr, who plays Sherlock Holmes, did an interview with NST Online recently. And he said some nice things on Rachel.

“We have the ever-delectable and seriously gifted Rachel McAdams playing Irene Adler, the only woman that ever worked Sherlock like a rib. And, of course, Jude Law as (Holmes’ partner) Watson,” he says.

“I brought it to Warner Bros. and we went from there. And then Joel (Silver) and Susan (Downey) got involved, and Robert and Rachel, and Guy. And we made this wonderful movie.”

Warner Bros started the ‘For Your Consideration’ campaign were they promote their best releases of 2009 for the Oscars, HFPA and BAFTA Awards. I’ve added two advertisements were Rachel is considered for an Oscar for best supporting actress. I hope they will involve her in the other campaigns too.

Warner Bros released new movie stills of “Sherlock Holmes” and I’ve added a few new stills with Rachel. She looks so stunning and I can’t wait for the release of this movie. 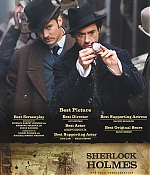 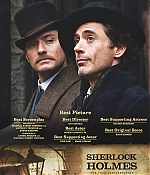 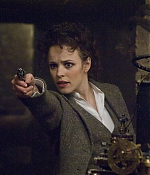 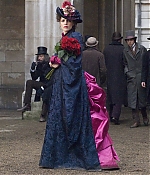