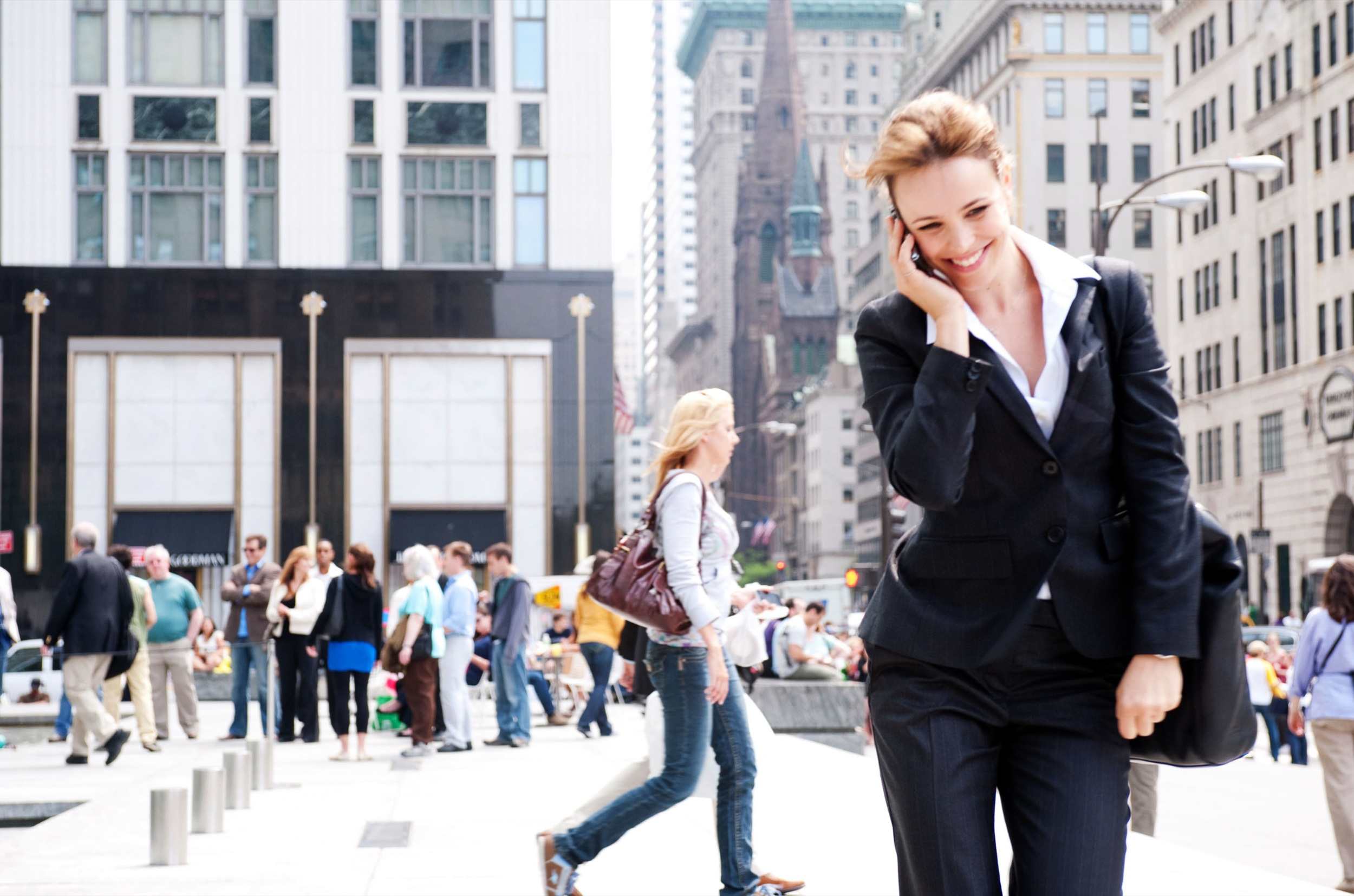 RACHEL McADAMS, a 31-year-old Canadian actress who lives here in a house she shares with her younger brother when she’s not off shooting movies, has long held a green card. She can usually cross the border to the United States easily, but a few years ago an American customs officer recognized Ms. McAdams and gave her a hard time.

“She kicked me to the curb,” recalled Ms. McAdams, a slight, 5-foot-4 blonde. “She was tough. I had pink hair at the time, and she said, ‘Don’t dye your hair that color, and don’t make any more stupid movies.’ ”

Read the full interview after the jump, it’s definitely worth reading! Find out what her co-star Harrison Ford, “Morning Glory” director Roger Michell and her “Midnight in Paris” director Woody Allen said about her.

The actress was too polite to ask which movies the officer might be referring to. “I was just glad she let me through,” she said.

In the eight years that Ms. McAdams has been making movies there have been few glaringly stupid ones. An exception would be her first Hollywood film, “The Hot Chick,” a dopey comedy in which she played a high school cheerleader who switched bodies with Rob Schneider’s small-time crook.

Her résumé is notable for the wide variety of characters she has portrayed, ranging from the teenage queen bee everyone loved to hate in “Mean Girls” and the love-struck young woman in “The Notebook,” her first major lead, to the sassy foil of Owen Wilson in the blockbuster comedy “Wedding Crashers” and a returning Iraq war veteran in an independent drama called “The Lucky Ones.” In “State of Play” Ms. McAdams portrayed a high-energy blogger who helps investigate a murder, and in last year’s “Sherlock Holmes” an old flame to Robert Downey Jr.’s pipe-smoking detective.

Next up, “Morning Glory,” a comedy in which she plays a hotshot television producer who must rein in bickering anchors (Diane Keaton and Harrison Ford) while trying to increase ratings on a struggling morning news show. The film opens on Nov. 10.

Ms. McAdams’s colleagues attribute her rise to her winsome manner, her serious acting chops and a no-diva approach to her work.

“She sort of embodies what Stanislavski said about ‘love the art in yourself, not yourself in the art,’ ” said Jeff Goldblum, who shares scenes with Ms. McAdams in “Morning Glory.” “She’s not egotistical. While still being passionate and committed, she doesn’t seem to be overly identified with her roles or as an actress.”

Critics have also been complimentary. Writing in The Chicago Tribune, Michael Phillips, in an otherwise tepid review of “The Time Traveler’s Wife,” said of her performance: “Every scene she’s in, even the silly ones, becomes better — truer, often against long odds — because she’s in it. Her work feels emotionally spontaneous yet technically precise.”

What Ms. McAdams is still missing is the breakout hit that will do for her what “Pretty Woman” did for Julia Roberts in 1990. But in the opinion of Roger Michell, the director of “Morning Glory,” Ms. McAdams has star power and talent to spare.

“With film stars you look for the life they bring to the lens,” Mr. Michell said. “She just radiates life. She has two sets of muscles. One is a kind of railway map of the script, which must be adhered to, and the other is emotional, meaning she can see what floats through the window on the day of shooting and go with that.”

On this particular morning Ms. McAdams was radiating life while sitting in her trailer on location for “The Vow,” a romantic drama being filmed in Toronto. In the movie, she portrays a newlywed whose husband woos her all over again after she loses her memory in a car crash.

Ms. McAdams, dressed in patterned leggings and a knitted cap pulled low over her forehead, appeared wide awake and in good humor despite having been in front of the cameras until nearly 11 the previous night. Between sips of tea she talked about the satisfying way her work and her life intertwine.

“Being an actor you get to have so many lifetimes in one,” she said. “I like the comfort of home, the stability and security, but I also want to travel and do new things. Being an actor expedites that.”

Ms. McAdams grew up in St. Thomas , a small town in Ontario; her mother was a nurse, her father a mover. St. Thomas is best known as the place where Jumbo the elephant, the pride and joy of the showman P. T. Barnum, was accidentally crushed to death by a locomotive in 1885.

Like virtually all Canadians she learned to skate early, at the age of 4, and dreamed of future Olympic glory on the ice. She discovered her true vocation, however, when she was 12 and attended a performance by a children’s theater group. “I told my mother that I had to be in it, that I would die if I wasn’t,” Ms. McAdams said, laughing at her precocious flair for the dramatic.

Soon she was acting in local productions, and in 2001 she received a bachelor’s degree in theater from York University in Toronto. Roles in television shows and Canadian movies followed. Within a year Hollywood came calling.

“I went to Los Angeles to audition to play Nancy Drew in a TV series, and I got called for ‘The Hot Chick’ and got the part, and then everything changed,” Ms. McAdams said. By 24 she had made the leap from Canadian unknown to in-demand Hollywood ingénue, and in the eight years since, she has appeared in 10 other movies, including hits like “Wedding Crashers” and “Sherlock Holmes.”

In choosing roles, she said, she tries to select projects that she finds engaging but that will also draw audiences.

“I try to pick movies that I want to make, that offer a challenge, but that people want to see,” she said. “Why do all that work if it’s for naught? If you act and nobody sees it, is it still acting?”

She was attracted to “Morning Glory,” she said, in part because it offered a chance to work with Mr. Ford, 68, who was riding high in “Star Wars” before Ms. McAdams was born. In the movie, her character cajoles the Ford character, a former nightly news anchor, to join her fluffy morning show after finding a loophole in his contract. “Harrison is so funny,” Ms. McAdams said. “He has this amazing dry humor.”

According to Mr. Ford the admiration is mutual. “It was really a pleasure to work with Rachel,” he said. “She’s a very rare combination of having a straightforward approach to the work, and yet there’s always an emotional underpinning to her acting, which is often surprising, both in its correctness for the scene and its availability to her and those working with her.”

To prepare for her role Ms. McAdams, who doesn’t own a television herself, rose before dawn to hang around behind the scenes at ABC’s “Good Morning America,” NBC’s “Today” and CBS’s “Early Show.”

“She was very reporterlike,” said Harry Smith, the “Early Show” anchor. “She asked good questions about the process, but it went beyond process to: ‘How does this work? How do you choose this story over that?’ ”

Her character is a world-class workaholic. Ms. McAdams, by contrast, whose past boyfriends have included the actors Ryan Gosling (her “Notebook” co-star) and Josh Lucas, said she used to try to schedule three months off between movies. But now, she said, if she likes a script and finds the part challenging, she says yes no matter the timing.

This came as news to Mr. Michell, who said he distinctly remembered having to woo her over the course of several dinners to persuade her to sign up for “Morning Glory.”

“I think she’s clinically hesitant,” he said. “She finds it very, very hard to choose her projects. But when she makes a choice, then she’s 120 percent committed to this film.”

Any penchant for indecision hasn’t scared off prestigious directors. When “The Vow” is completed, she will begin filming a movie by Terrence Malick, of “Badlands” fame. She will also co-star in Woody Allen’s “Midnight in Paris,” which was shot over the summer.

“I knew she was going to be good — I went out of my way to hire her — but I didn’t realize how good she’d be,” Mr. Allen said. “God, she’s going to make a fortune in this business, because there aren’t a lot of girls out there with that much sex appeal and beauty who can also be comic.”