Rachel was seen on set of “Sherlock Holmes 2”

After getting the best news yesterday, the fact that “Midnight in Paris” is going to be the opening film for Cannes this year, we have even more exciting news for you today. Rachel was seen on set of Sherlock Holmes 2 after months of rumors and speculations. During the “Morning Glory” Press tour she admitted it was not sure she would return for the sequel and if she did return it would only be a cameo or a small part.

But now it’s official. Rachel was seen yesterday (February 2nd) with Guy Richie on set in Strasbourg (France). Robert Downey Jr. and Jude Law were also seen on set. Since the filming for the squeal is coming to an end it’s most likely Rachel will make a cameo, like she said, as Irene in the film. But it’s still exciting since she was amazing in the first “Sherlock Holmes“.

We added a few set photos, including a close up of Rachel with Guy Richie, in our gallery. You can watch a new segment of the local Strasbourg television about the filming of “Sherlock Holmes 2” in Strasbourg. 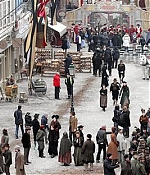 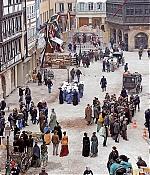 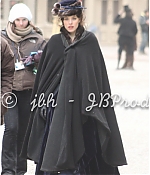 Update: Due to copyright infringement we had to remove the photo of Rachel with Guy Richie on set of Sherlock Holmes.