On set of “The Vow” with Family Carpenter

We recently came across a photo of Rachel and Channing Tatum with the family Carpenter taking while “The Vow” was filming in Chicago around October of 2010 while doing some background source for the information page of the movie. “The Vow” is currently set to release February 10, 2012 and it officially wrapped late october 2010. 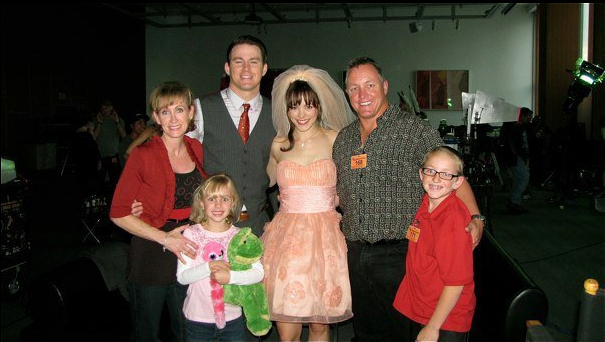 The movie is based on the true story of Kim and Krickitt Carpenter, so it’s great to see they are involved in the filming process as well. Krickitt wrote a little bit about meeting Rachel: “She is gorgeous. Just darling. Both of them [Rachel & Channing Tatum] are great.” Entertainment Weekly previously released the first production still. The full photo can be viewed in our gallery.