Yesterday was the first press day for Rachel to talk about “Midnight in Paris“, most of the time she does multiple days of press for a movie and of course there is the upcoming Cannes Opening. We added the first photo of Rachel with a reporter from Extra TV in our gallery. She looked stunning, her dress is amazing. We expect the first interviews releasing later on, and we will of course coverage all of them.

We also came across an article about the LA premiere of “Midnight in Paris” which will be hosted by Sony Classics to benefit the American Film Institute on May 18th in the Samuel Goldwyn Theater. You can buy tickets for the premiere via American Film Institute. It’s not confirmed if Rachel will be attending the LA premiere as well. The movie will get a limited release (LA, New York) in the US May 20.

The official website for Spain was recently released. There is no new content (yet), but the site looks lovely. You can find the Rachel related captures in our gallery. 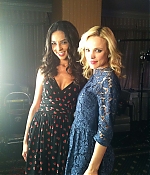 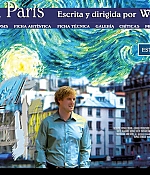 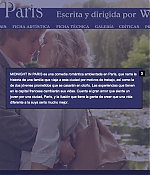 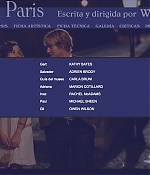