Rachel was seen yesterday in the audience during the NHL Stanley Cup Final between Boston Bruins and Vancouver Canuck. She was there with her family, her mother Sandra, father Lance, sister Kayleen and brother Daniel and his girlfriend. Lance is a big Boston Bruins fan.

It looks like she had a lot of fun, we also added a short video of Rachel with her mother Sandra and her sister Kayleen in the audience. 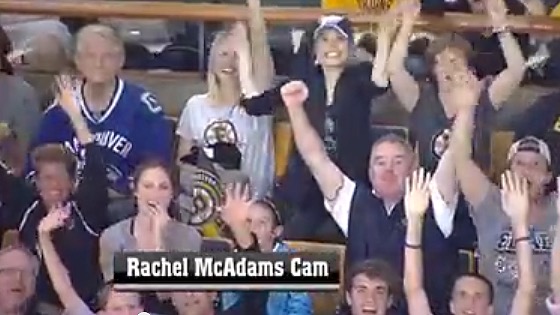 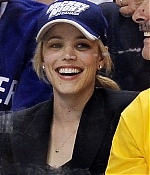 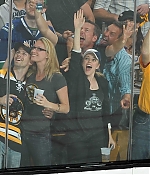 Update: Entertainment Weekly posted a nice article and video footage of Rachel during the Stanley Cup Finals. We added the video in our media archive, and we have to say it’s a must watch. Rachel was so enthusiastic when she was shown on the JumboTron and even showed it six times and renamed it the Rachel McAdams Cam.