The Daily Telegraph in Australia published a new interview with Rachel during one of the press days in Los Angeles. We added the interview in our press archive. The interview also features a new photo of Rachel which you can find in our gallery. 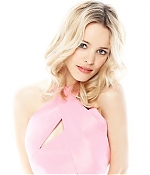 She’s the queen of the weepy movie, starring in sob-out-loud films The Notebook, opposite her then-boyfriend Ryan Gosling, and The Time Traveler’s Wife with Eric Bana.

Now, in her next sentimental saga, The Vow, Rachel McAdams will have audiences reaching for tissues again. “I’m a fan of romantic movies,” McAdams, 33, tells Insider at the Four Seasons hotel in Beverly Hills on Thursday.