Rachel covers yesterday’s (January 29) Stella Magazine which is part of The Sunday Telegraph in the UK. We added the digital scans in our gallery. They used a new outtake from the same shoot as The Daily Telegraph so we assume Rachel recently did a promotional photoshoot for her “The Vow” interviews. 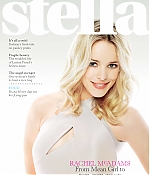 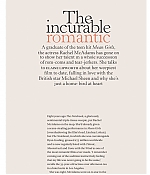 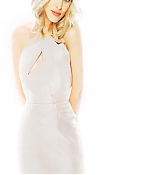 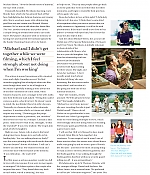 A graduate of the teen hit Mean Girls, the actress Rachel McAdams has gone on the show her talent in a whole succession of rom-coms and tear-jerkers. She talks to Elaine Lipworth about her weepiest film to date, falling in love with the British star Michael Sheen and why she’s june a home-bird at heart.

Eight years ago The Notebook, a gloriously sentimental triple-tissue weepie, puy Rachel McAdams on the map. She’d already given a scene-stealing performance in Mean Girls (overshadowing the film’s lead, Lindsay Lohan), but The Notebook, in which she was cast alongside Ryan Gosling, grossed $75 million world wide and is now regularly listed with Titanic, Moonstruck and Gone with the Wind as one of the most romantic films ever made. “I remember coming out of the audition instinctively feeling that my life was never going to be the same,” recalls the 33-year-old actress over afternoon tea in a hotel suite in Los Angeles.
Read full interview