“About Time” filmed on location yesterday (June 29) in London during the end of the day. We only found some pictures people posted on twitter, we added them in our gallery. We credited the original posters as title. It seems like Rachel is wearing the same outfit as the first time she was spotted on set.

Rachel and the “About Time” cast and crew filmed in London for the last few weeks. They also shot scenes in the St Mary’s Hospital in London earlier this week. The production will move to Cornwall later during the production. 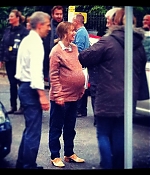 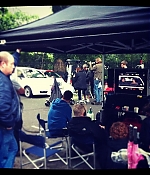 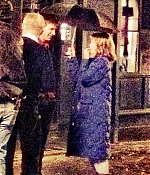 About Time > On Set (Fan Pictures)

Filming “About Time” in West London

1 Comment on “Night shoot for “About Time” – Fan pictures”