Filming “About Time” in West London

Rachel was seen filming “About Time” in West London yesterday (July 4) with her co-star (and love interest in the movie) Domhnall Gleeson. She was also seen chatting with director and writer Richard Curtis. For the last few days the cast and crew were seen filming over night on location in West London. Rachel is wearing different wigs for the movie and the production is expected to wrap up mid-augustus.

It looks like they filmed two different scenes yesterday because Rachel was seen wearing two different outfits and showing off a (prosthetic) baby bump in one of them. 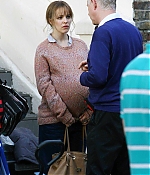 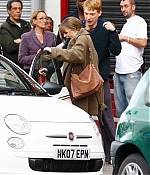 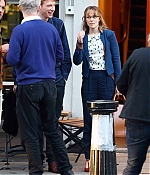 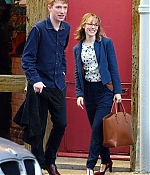 4 Comments on “Filming “About Time” in West London”