We have some really nice goodies for you today. Kim kindly send us over some photos she took of Rachel during Rachel’s leaving party for “About Time” on July 25 in Cornwall. You can see photos of Rachel in a Kelly’s Whip car, she made ice creams for the crew and cast. Kim also posed with Rachel and her co-stars Bill Nighy and Domhnall Gleeson. Rachel wrapped up filming for the movie, and she was already spotted in Toronto and Los Angeles. “About Time” is expected to finish it’s production in mid-august. 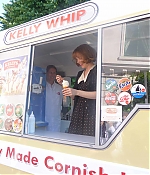 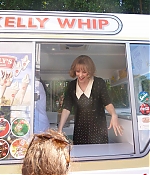 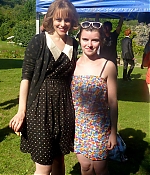 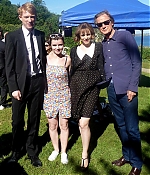 “Passion” and “To The Wonder” were selected for for Venice Film Festival and “To The Wonder” was also selected for the Toronto International Film Festival so we hope Rachel will attend the festivals in August and September. She is also expected to start filming “A Most Wanted Man” in September in Hamburg (Germany) with director Anton Corbijn and co-star Philip Seymour Hoffman.

New details on “To The Wonder”