The first on set pictures of Rachel filming the Anton Corbijn directed movie “A Most Wanted Man” in Hamburg (Germany) appeared online. The movie is an adaption of the best selling thriller written by John Le Carré. The principal photography is expected to continue until late November. Willem Dafoe already joined Rachel on set last week and Philip Seymour Hoffman is expected to start filming after he wraps up for “The Hunger Games: Catching Fire“.

Rachel was seen filming on location in Hamburg last week (September 28). The German site Bild.de also published a few on set photos from yesterday (October 1) taken by a fan who send them in. She was seen filming a scene in the local library. Both sets can be found in our gallery. 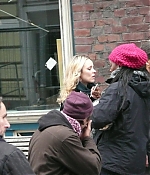 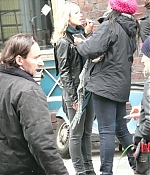 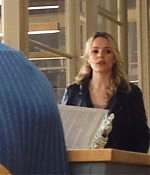 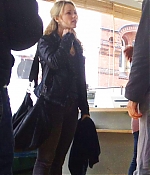 3 Comments on “First Look: Rachel filming ‘Most Wanted’ in Germany”