We added the magazine scans of Rachel’s Vs. Magazine cover shot by Drew Barrymore. We also added the full interview in our press archive, be sure to read it as well. It’s a fun conversation between Rachel and Drew. Rachel also talks about working with Terrence Malick, what characters she prefers to play and doing a German dialect for “A Most Wanted Man“. 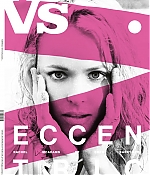 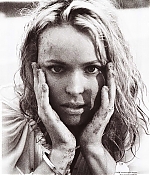 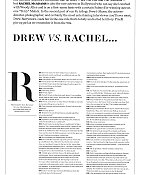 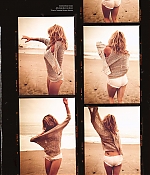 She can play America’s sweetheart like no other – see The Vow and The Notebook – but Rachel McAdams is also the rare actress in Hollywood who can say she’s worked with Woody Allen and is on a first-name basis with a certain Palme d’or winning auteur, one “Terry” Malick. In the second part of our Vs. trilogy Drew’s Muses, the actress-director-photographer, and certainly the most entertaining interviewer you’ll ever meet Drew Barrymore, cast her in the one role that’s totally uncharted territory: Pirelli pin-up girl as we remember it from the 90s.
Read full interview

We want to ask you to credit us when you use the scans or transcript of the interview in our press archive. We made the scans exclusively for our site.