“To The Wonder” UK Interviews 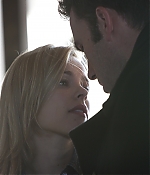 With less then a week away until the UK release of “To The Wonder” two news papers – The Guardian and The Independent – published new interviews with Rachel promotion the movie. We added both interviews in our press archive and they are definitely worth the read.

As a host of stars – including her boyfriend – disappeared from the auteur’s latest film, Rachel McAdams survived. So how did she win him over?
Read full interview

The press junket for the movie will be on February 20 in London but only Rachel’s co-star Olga Kurylenko is confirmed to attend so far. The movie will hit selected theaters in the UK two days later on February 22.

First part of “To The Wonder” Making Of