The ASC released a brand new “To The Wonder” movie clip and official on set pictures featuring Rachel attached to their interview with director of photography Emmanuel Lubezki. The clip can be watched in our media archive, and we added the photos in our gallery. 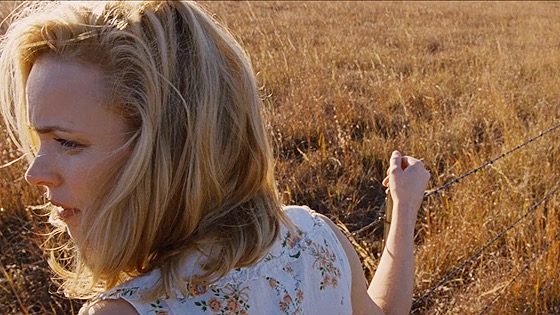 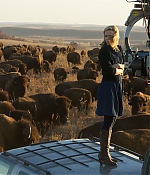 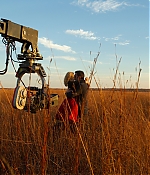 The interview with Lubezki is also worth the read, because he gives some interesting insights into the working process of writer/director Terrence Malick and it it might help you understand the movie better. You can find some excerpts below, but you can find the full interview over here.

“Terry didn’t say this, but I felt that he was trying to separate To the Wonder from all the moviemaking that’s still connected to theater — from movies that feel acted, prepared and rehearsed. We were trying to find a more cinematographic approach to filmmaking and a way of using film language that was less connected to theater and literature and other art forms. Terry wants this art form to have its own way of expressing ideas and emotions, and that’s what was very exciting about the movie.”

“It’s a combination of 35mm, which was used for the scenes between Ben and Olga in Oklahoma, and 65mm for several shots of Ben and Rachel McAdams. That relationship is perceived by Ben’s character as less romantic and more stable and realistic, and we felt that the 65mm expressed that stability and a kind of hyper-reality.”

“We shoot really fast — we shoot constantly, and there’s never a moment when we’re not shooting. We can shoot much more than on a normal movie, where you’re moving lights and equipment and cranes. On a normal movie you’re dealing with the management of your own crew and your own gear all the time, but that doesn’t exist on our productions. We can truly use every second and have the option of reshooting a scene if we don’t like a take or if the actors felt uncomfortable or want to try something else.”

“We don’t put marks down for the actors or anything like that. It’s a fictional movie shot like a documentary, allowing us to explore and reshoot during the shoot. In a normal movie, an actor does a shot and then has hours in their trailer to get out of character and make phone calls; then, when they come back, they have to get back into the scene. With Terry it’s not like that — they’re always on set and always in character. I’m not saying that approach is better; it’s just different, and for me it’s a very exciting way of working. In a way I feel more like a still photographer. It’s really liberating.”

“The key is to react quickly to an unexpected or unrehearsed moment in the acting or in the weather. We’re all looking for those ephemeral moments, and they’re what end up in the film.”

“We want to show things that happen and then capture them before they disappear. Again, this is a form of filmmaking that directly connects to the content of the story. The movie has very little plot; it’s more of a contemplation, and we’re always looking for the moments that editors normally throw out. In many cases they’re the moments before and after the dramatic scenes that make up most movies. I don’t want to say that those moments feel more real, but they affect me and I relate to them as an audience member. By leaving out the conventional scenes that explain things, the film invites the audience to create some of the story themselves, and I like that.”

“A Most Wanted Man” Gets November UK Release

3 Comments on “New “To The Wonder” Movie Clip + Gallery Additions”