The first batch with HQ and MQ photos of Rachel attending the world premiere of “About Time” in London are added in our gallery. The movie is the opening film of Film4’s Summer Screen Festival. Rachel looks absolutely stunning in Roksanda Ilincic with Casadei shoes, and Norman Silverman earrings! Keep checking back because we expect more additions later on. Many thanks to Helen for donating a lot of the HQ’s! 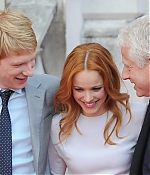 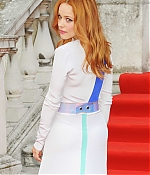 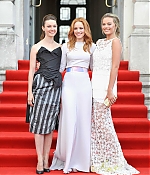 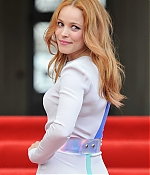 Rachel is expected to do another day of promotion for the movie tomorrow (August 9th) in London. She will do a twitter Q&A with Glamour UK.

The stars will be talking about their new movie, amongst other things, from 3.10pm (British Time). All you have to do is tweet your questions to @GlamourMagUK and remember to include the hashtag #GlamourAboutTime.

She is also expected to attend the Munich premiere on Saturday (August 10th) alongside director Richard Curtis. “About Time” will be released nationwide September 6th in the U.K. and November 8th in the U.S.

3 Comments on ““About Time” World Premiere”