First “A Most Wanted Man” Poster

Entertainment Weekly released the very first US poster of “A Most Wanted Man” earlier today. The movie is expected to be released July 25. 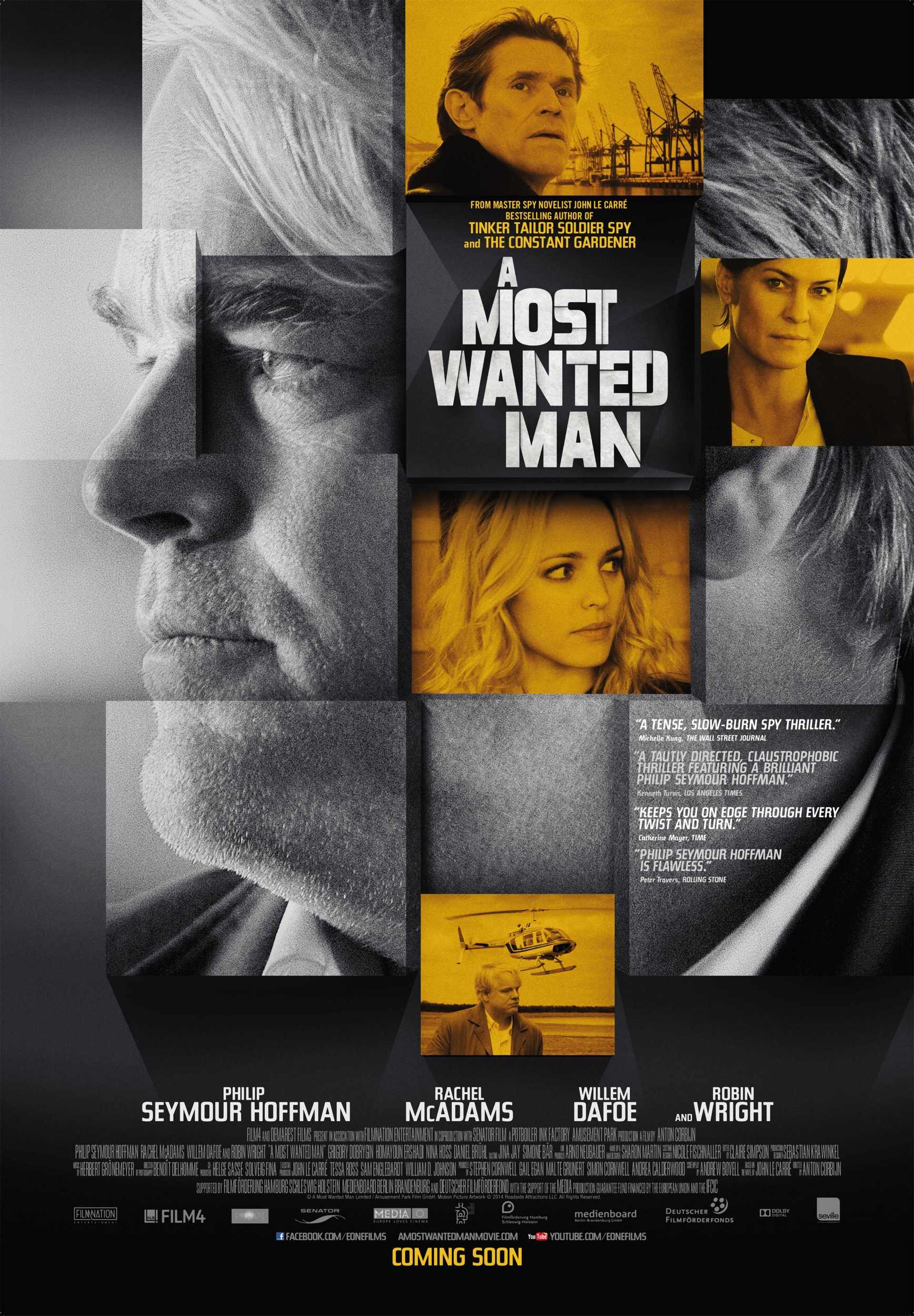 It’s been three months since Philip Seymour Hoffman died of a drug overdose, and though Hunger Games fans can still look forward to his scenes as Plutarch Heavensbee in the next two Mockingjay movies, the Oscar winner’s final leading-man role is in A Most Wanted Man, which opens in theaters on July 25.

Hoffman plays Günther Bachmann, a German intelligence agent in Hamberg torn between locking up an Islamic immigrant suspected of terrorist ties (Grigoriy Dobrygin) and manipulating him to entrap an even bigger potential threat. All the while, he has to deal with department rivals, a U.S. intelligence official (Robin Wright) pushing for information, and an immigration attorney (Rachel McAdams) who might be too close to the handsome “most wanted man.”

Director Anton Corbijn wanted to bring John le Carré’s post-9/11 novel to the screen because of a palpable shift in attitude he felt during his travels as a photographer and filmmaker since 2001. “I wanted to do something that delved into something that effects our day-to-day lives, and that is how we look at other people,” he says. “We judge people very quickly [now], and you got the sense that the governments are treating anybody as a potential enemy. It’s become a much more black-and-white world I think after [9/11].”

Hoffman’s performance as the suspicious Bachmann is as fine and calibrated as some of his best work, and though Corbijn acknowledges that the actor was going “through a very difficult period,” his talent had not flagged in the slightest. “The Bachmann character and Philip, I couldn’t distinguish at some point,” says Corbijn. “You so believed in that character as a real person that you couldn’t believe it was somebody acting that. He is that good. I don’t have to tell you that he was the best actor of his generation, by far.”

2 Comments on “First “A Most Wanted Man” Poster”