E! released the exclusive first look of Allure magazine’s August 2014 cover and to our pleasant surprise it was revealed that Rachel will be gracing the cover of the magazine. We have added the first look at the cover in our gallery and we hope more of the photoshoot and interview will be revealed soon! 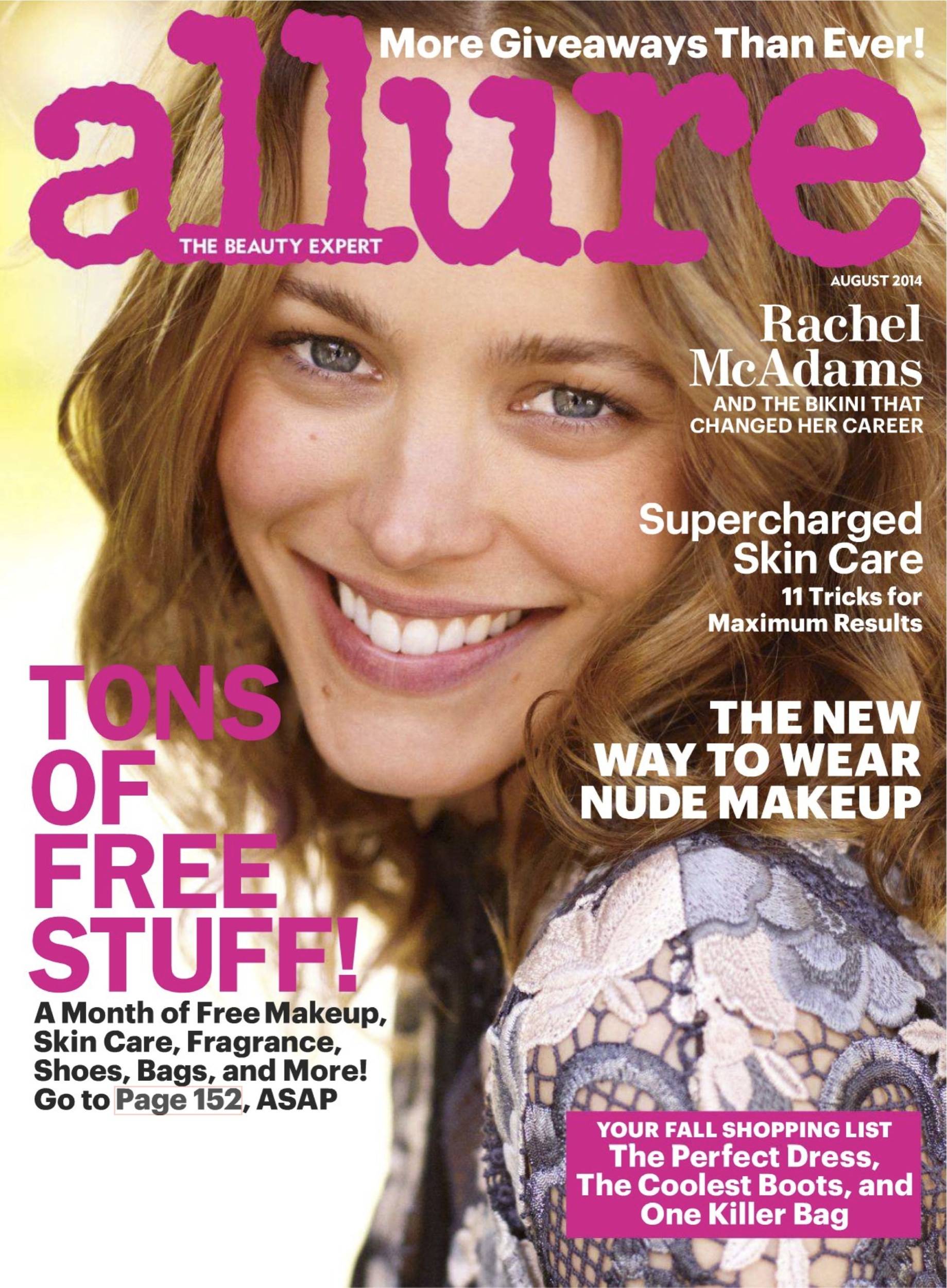 It’s been a while since Rachel McAdams graced the cover of a major magazine (nearly two years, in fact) but when it came time for her close-up, she was ready. Wearing minimal makeup and flashing an easy-going grin the actress looks completely comfortable—not to mention stunning—on the August 2014 cover of Allure.

As for her ever-changing hair color, the A Most Wanted Man actress is still sporting the slightly auburn-brunette shade that she went back to over a year ago.

The star has many films in the works including an untitled Cameron Crowe project with Bradley Cooper and Emma Stone as well as a reported return in the Sherlock Holmes franchise with Robert Downey Jr.. and Jude Law. Yet it’s her romance flick from a decade ago that is earning her headlines as of late.

We assume that she is gracing the cover to promote “A Most Wanted Man” but she might also talk about the Untitled Cameron Crowe/Hawaii project since it appears the photoshoot took place around the time the movie was being filmed in Hawaii.