Rachel is gracing Allure magazine’s August 2014 cover, like we previously reported, to promote “A Most Wanted Man“. Allure released a preview of the photoshoot and interview earlier today. We have added the photoshoot and behind the scenes photo in our gallery. You can find the interview excerpts below as well (Via ET Canada & JustJared). We will add the magazine scans and full interview transcript as soon as possible. The magazine will hit newsstands next week, on Tuesday, July 29. 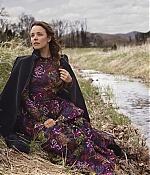 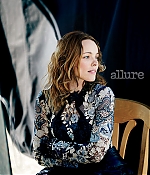 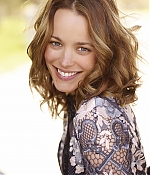 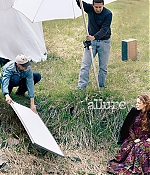 On working with Philip Seymour Hoffman: “I learned so much from him. He really takes you under— he really took me under his wing. You feel very taken care of, but at the same time there’s an element of danger: There’s a crackle in every scene. He makes sure the stakes are very high, and there’s a safety there, too. He had so much natural, raw talent, but he worked so hard, too. He really worked for it and didn’t let up. I’m sure that wasn’t easy.”

On the legacy she wants to leave behind: “I’m hoping it’s going to be complicated and have lots of dead ends and corners and sharp turns. I hope it can’t be summed up too easily when I’m done.”

On Ryan Gosling’s Hey Girl meme: “I know you’re not going to believe me, but I don’t follow it.”

On working with Lindsay Lohan: “If anything, I was in awe of her talent. I looked at her as this experienced actor, and she had great comedic timing, so natural. It’s just funny to hear that because you never know what people are thinking. We all try to act like we’ve got it together.”

On her big-screen debut role in The Hot Chick: “I remember standing backstage, dressed like a mechanic. I had a pink bikini on underneath, grease on my face, and I just remember breathing deep and thinking, Oh, my God, I have to go out there and do this striptease, as a man…as a woman. How did I get here? It was probably one of the scariest moments I’ve had in my career. It stretched me in ways I could have never imagined. Literally.”

On if she still believes in true love: “Oh yeah, for sure. Absolutely.”

To find out how to re-create Rachel’s cover look be sure to head over to Allure.com!