“Every Thing Will Be Fine” Social Media Banners

Warner Bros Germany released the first promotional material for “Every Thing Will Be Fine” via their official social media account including their twitter feed @warnerbrosde. We have added the social media banners in our gallery. The banners feature promotional portraits of Rachel (as Sara) and co-stars James Franco (as Thomas), Marie-Josée Croze (as Ann) and Charlotte Gainsbourg (as Kate). 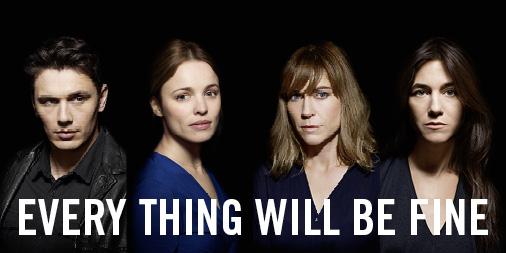 The official schedule for the movie’s press day at Berlinale is also announced. The movie will have it’s world premiere on February 10. The Photo Call starts around 15.30 followed by a press conference at 15.40. The red carpet premiere will start 20:30. All local time and the events can be watched live via the official live stream.

Every Thing Will Be Fine (2015) > Official Website > Social Media Banners

“Every Thing Will Be Fine” On Set Still + Release Dates