German “Every Thing Will Be Fine” Theatrical Release 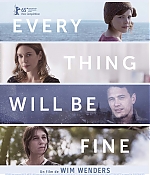 We would like to remind all the German visitors that Wim Wenders’ “Every Thing Will Be Fine” is released in theaters in Germany starting today. Rachel co-stars alongside James Franco, Charlotte Gainsbourg, Marie-Josée Croze, and Rob Naylor. The movie premiered earlier this year during the Berlinale Film Festival (Out Of Competition). No U.S. release date has been set but the movie will be released on April 22, 2015 in France. We have added the German and French posters in our gallery and replaced the previously released production stills with better quality. Wim Wenders recently revealed why he casted Rachel in the movie:

On Casting Rachel: “[…] I cast Rachel McAdams because of that incredibly positive energy that she exudes in every role […] I knew that she would be the right one for the role, and that was based on two films, Terrence Malick’s To The Wonder and a science-fiction film that hardly anyone knows here, The Time-Traveller’s Wife. In both films, Rachel radiates an enormously positive energy which is also a wonderful quality for the role of Sara. Such characters are so rare in cinema! With them you get the feeling that everything they do is destined for good. They have this natural self-confidence and simply “a good heart”. Sara is such an optimistic person and, actually, it’s a disgrace when Tomas leaves her and probably he also realises this himself when he unexpectedly meets her again some years later. But the events almost force him to break with this part of his life. You sometimes ask yourself why you gave up the best thing that ever happened to you, but you nevertheless had to see it through at that point in your life. And it’s only because he gives up Sara that Tomas then has the chance for a relationship with Ann and Mina.”

3 Comments on “German “Every Thing Will Be Fine” Theatrical Release”