The current issue (April 17-24, 2015) of Entertainment Weekly features their annual Summer Movie Preview and “Southpaw” is also featured with a the first official production still. We have added the digital scan in our gallery thanks to our friends Claudia & Luciana. 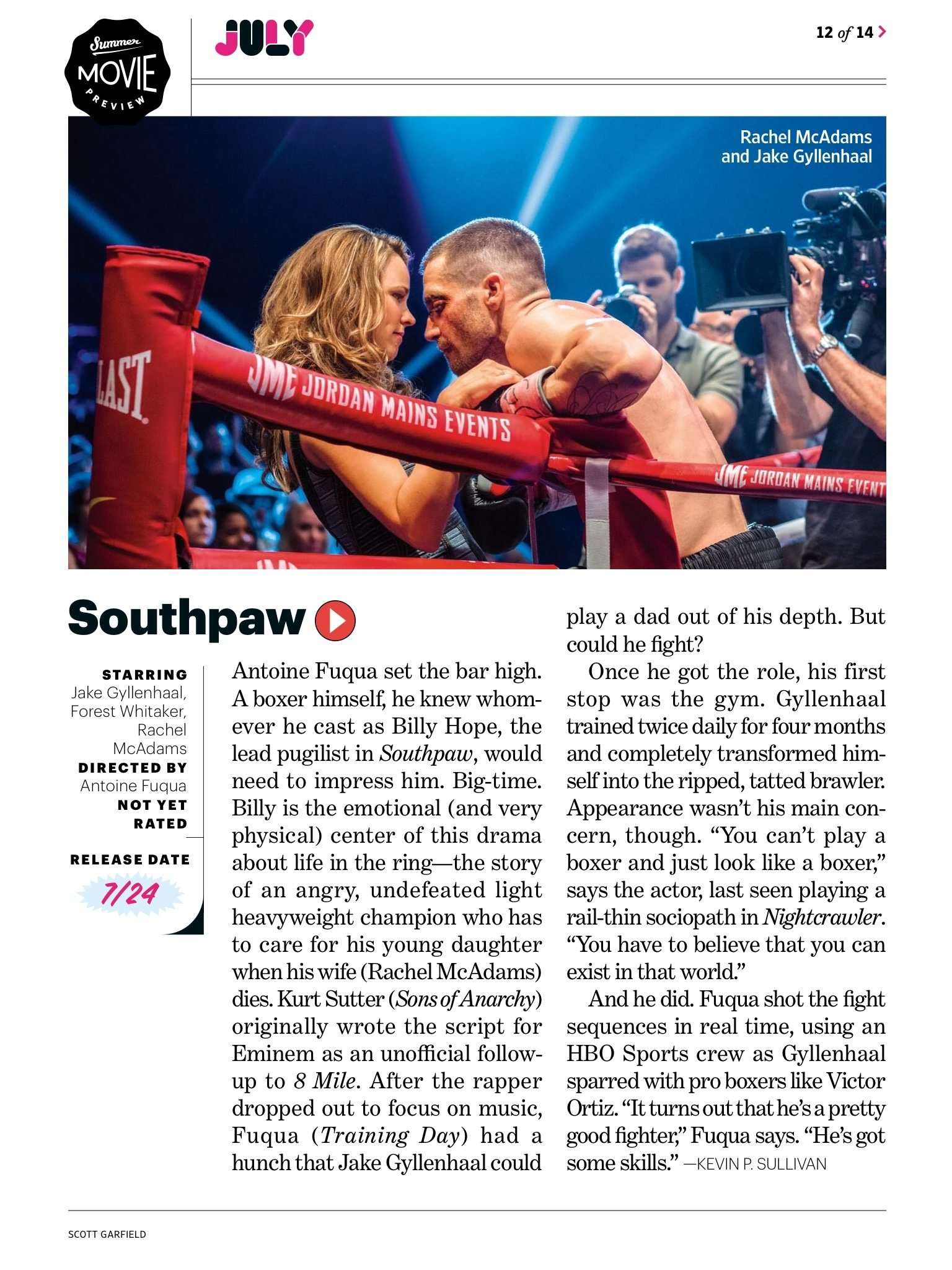 Antoine Fuqua set the bar high. A boxer himself, he knew whomever he cast as Billy Hope, the lead pugilist in Southpaw, would need to impress him. Big-time. Billy is the emotional (and very physical) center of this drama about life in the ring—the story of an angry, undefeated light heavyweight champion who has to care for his young daughter when his wife (Rachel McAdams) dies. Kurt Sutter (Sons of Anarchy) originally wrote the script for Eminem as an unofficial follow-up to 8 Mile. After the rapper dropped out to focus on music, Fuqua (Training Day) had a hunch that Jake Gyllenhaal could play a dad out of his depth. But could he fight?

Once he got the role, his first stop was the gym. Gyllenhaal trained twice daily for four months and completely transformed himself into the ripped, tatted brawler. Appearance wasn’t his main concern, though. “You can’t play a boxer and just look like a boxer,” says the actor, last seen playing a rail-thin sociopath in Nightcrawler. “You have to believe that you can exist in that world.”

And he did. Fuqua shot the fight sequences in real time, using an HBO Sports crew as Gyllenhaal sparred with pro boxers like Victor Ortiz. “It turns out that he’s a pretty good fighter,” Fuqua says. “He’s got some skills.”