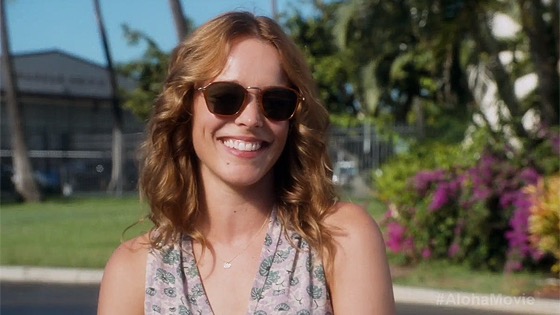 Sony released a second trailer for “Aloha” yesterday. It’s slightly different than the first and it made it’s broadcast debut yesterday evening during the commercial break of The Good Wife on CBS. We have added the trailer in our media archive and will add the screencaptures in our gallery when a HD version is available. The movie will be released on May 29, 2015 in the U.S. and September 4, 2015 in the U.K. Cameron Crowe wrote and directed the movie.