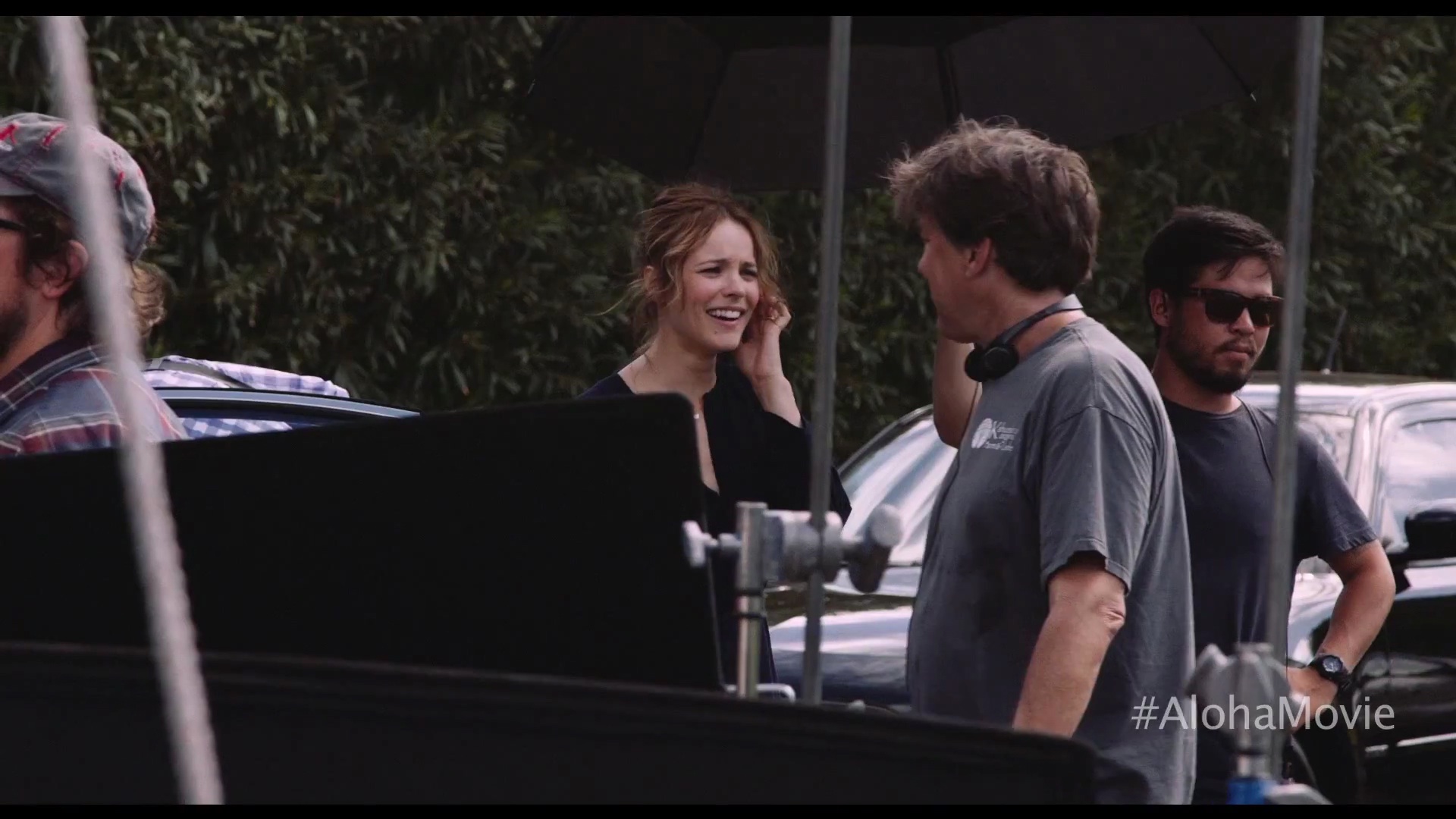 Writer-director Cameron Crowe did a twitter Q&A for “Aloha” with IMDB. His official website, TheUncool.com, made a nice recap. The excerpts of answers focussing on Rachel can be found below.

What was it like having Emma and Rachel together in Hawaii!? Two of my all time favorite actresses!
The scenes they appear in together are among my favorite. They are both very soulful, very funny and a blast to direct. Rachel really committed herself to knowing Hawaiian culture, and spent months there. Same with Emma learning about life as a fighter pilot.

How did you choose the cast?
Everything began with the great Emma Stone then we built from there. Emma was the catalyst. Bradley next. Then Rachel became available. Krasinski, McBride, Bill Murray. One by one, a dream cast developed. Always such a thrill to have Alec Baldwin with us too. We had a great time on “Elizabethtown.”

Did you hire any Hawaiians from the local community where you shot the film?
Not only was local community so inspiring to us, we wanted to hire many of them as actors and to make sure to pay respect and help educate everyone on the mainland about the rich history and culture of Hawaii. All of us, especially Emma and Bradley and Rachel, were very psyched about honoring Hawaii within the story of the movie. Check it out!!

Be sure to head over to TheUncool.com for the entire recap. “Aloha” will be released on May 29 in the U.S. The press junket will be held in London according to Slash Film but “limited talent” will be available. It’s not yet announced if Rachel will attend the junket.