More high quality additional images of Rachel during the special “Aloha” screening yesterday held at The London West Hollywood in West Hollywood are added to our gallery. Rachel was joined by her co-stars Emma Stone and Danielle Rose Russell. Writer/Director Cameron Crowe, Sony President Doug Belgrad, Sony Chairman Tom Rothman and TriStar President Dwight Caines also joined the cast on the red carpet. The first videos have also been added in our video archive. The movie also stars Bradley Cooper, Bill Murray, John Krasinski, Danny McBride and Alec Baldwin and will be released in the U.S. tomorrow, May 29! 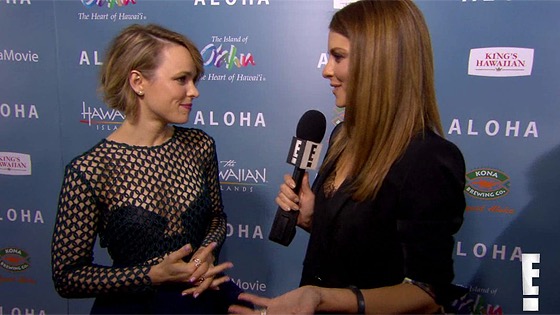 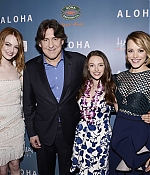 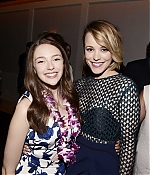 FYI: Rachel is wearing a Self Portrait dress, Christian Louboutin shoes, a Lee Savage bag, and Dana Rebecca and Melissa Kaye jewels. She’s styled by Rob & Mariel, with make-up by her sister Kayleen and hair by Maranda. Many thanks to my friends Nicole, from Lily James Source & Adoring Emilia Clarke, and Haylie from Kristen Kreuk Daily & Chyler Leigh Network, for their donations!