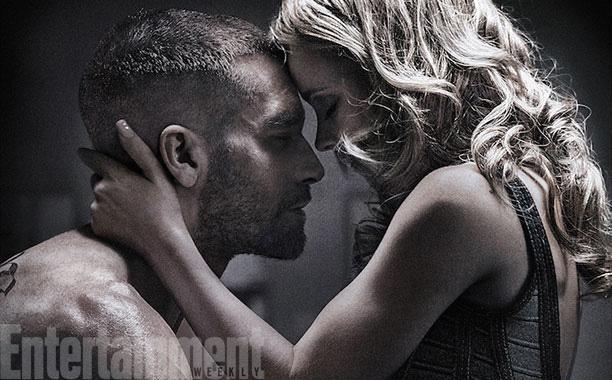 Entertainment Weekly just released a brand new poster for “Southpaw” featuring Rachel and her leading man Jake Gyllenhaal. They also released a new interview with director Antoine Fuqua, in which he talks about the trailer and casting Jake. An excerpt can be found below, but be sure to head over to Entertainment Weekly to read the entire article. 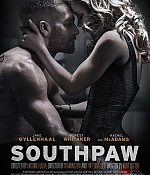 The exclusive new poster for Southpaw, Antoine Fuqua’s boxing movie starring Jake Gyllenhaal, features the gleaming star in a tender embrace with Rachel McAdams, who plays his wife. But everyone who saw the film’s first trailer already knows that their romance will be rudely interrupted, and some people worried that the first clip gave too much of the story away.

“I was worried, and I spoke my mind about that,” says Fuqua (Training Day). “But the Weinstein people are great at [marketing], so I just put my trust in that. The audience sometimes, I guess, needs a little bit more context, especially this type of movie where it’s more of an emotional ride than people think—because it’s really a father/daughter story. So I had to roll with that. But, yeah, I was concerned about it, for sure. I still am.”

The Weinstein Company released a new trailer as well earlier today so be sure to check out our previous post in case you missed it. “Southpaw” will be released in theaters on July 24.