Since the release of both “True Detective” and “Southpaw” is getting closer the promotion for both projects has already started. HBO released a new TV spot/trailer for the series, which features critics reactions, and we added it to our video archive. The first interviews are also getting released. Transcripts can be found in our press archive, the scans in our gallery and some excerpts below. We also added two additional stills of the series in our gallery. Only 5 more days until the season premiere, on Sunday June 21st! Finally we also added a new TV Spot/clip of “Southpaw” which was exclusively released by Tidal in our video archive. Rachel’s co-star Jake Gyllenhaal is currently promoting the movie in Europe and he will make an appearance on The Graham Norton Show this Friday. 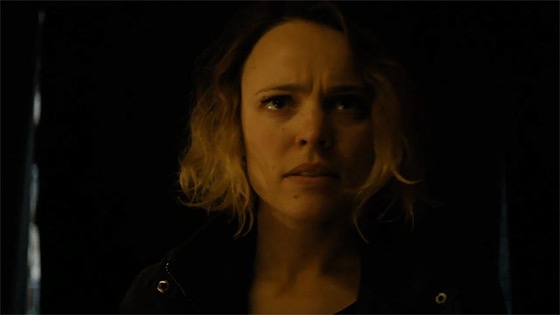 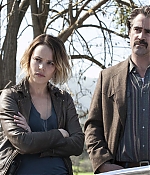 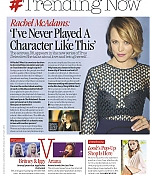 On choosing projects: “I judge projects by the people involved and the quality of the writing. If I feel a connection to the role I’m willing to play almost anything. Something either clicks or it doesn’t. But I have a romantic side – I’m drawn to those stories.”

On working with James Franco: “He’s so easy to work with. Even though he plays a man [in “Every Thing Will Be Fine”] who’s haunted by his past, he was light- hearted on the set. I’ve wanted to work with him for a long time. It was a wonderful experience.”

On working with Colin Farrell: “Colin is an absolute sweetheart. We spent a fair amount of time hanging out together and bringing snacks to each other. He’s a big snack guy.”