With everything that’s going on with the “Southpaw” and “True Detective” promotion we almost forgot to update this: Writer/Director’s official website TheUncool.com has announced the U.S. Blu-Ray, DVD and Digital HD/On Demand release for “Aloha“. The movie will be available on August 11th and you can already pre-order it on Itunes! The Blu-Ray and DVD release is set for August 25th and you can already pre-order it on Amazon.com. Details about the extras can be found after the jump. The soundtrack for the movie will also be released on Vinyl according to TheUncool.com. We have added the additional art work in our gallery, as well as some new social media banners featuring unseen production stills of Rachel. 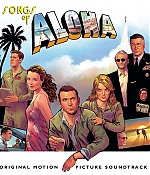 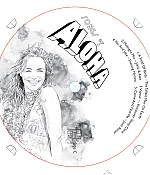 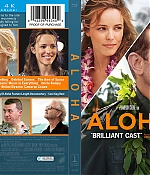 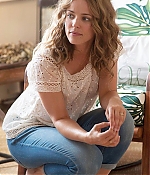 The movie will be released in cinemas on September 18 in the U.K. and for more international theatrical release dates be sure to head over to the official facebook page.

TheUncool.com is reporting the following extras:

We are extremely proud to share all the details for the upcoming Blu-ray and DVD release of Aloha for North America. First up, Aloha will look great, as it is a 4K digital transfer. We think the Extra Features are some of the best we have put together, starting with a full-length behind-the-scenes documentary, The Untitled Hawaii Project: The Making of Aloha, which runs nearly 75 minutes. The disc is also packed with Deleted/Alternate/Extended Scenes, including the 16+minute Original Opening, an Alternate Ending, and handful of others. There are extras dealing with space, local Hawaiian slack-key master Ledward Kaapana, a Gag Reel, and so much more! The DVD will feature the full documentary and the Gag Reel. Both will be available on August 25th. The Digital HD version will be out earlier on August 11th with some alternate extras