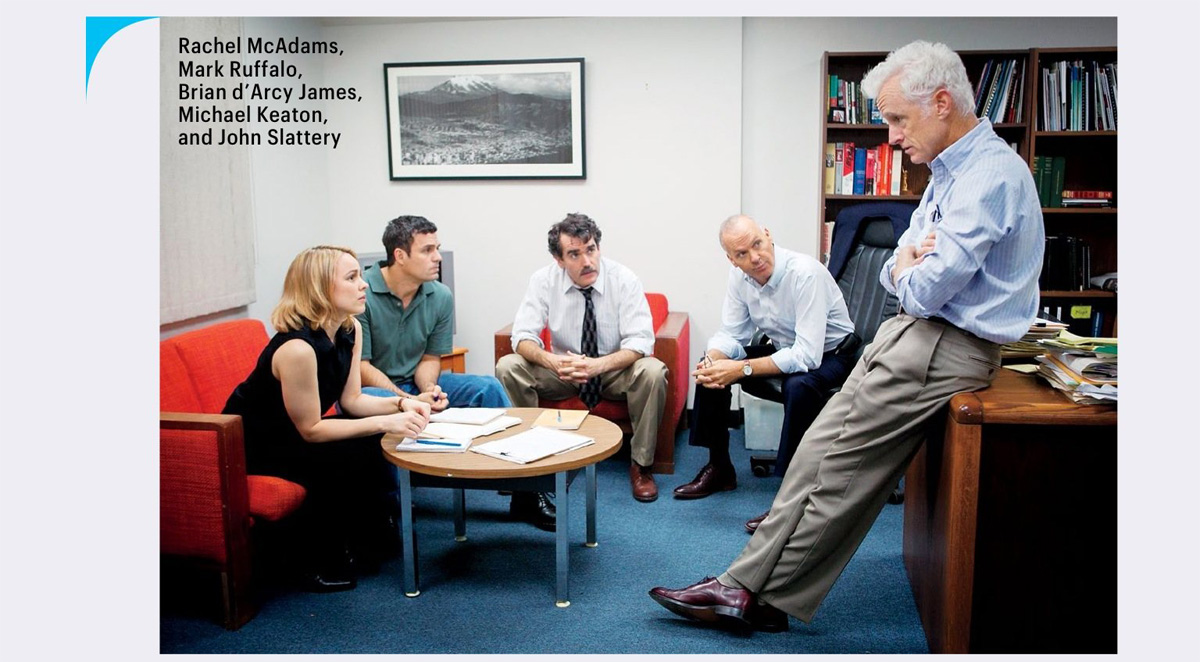 “Spotlight” is one of the movies featured in Entertainment Weekly’s Fall Movie Preview. We have added the magazine scan in our gallery. It featured a brand new still of the movie. Many thanks to my good friend Luciana from Mark Ruffalo & Matt Bomer Fan for her donation. The movie is directed by Tom McCarthy and the movie will be released on November 6 (limited) in the U.S. and is selected for the Venice Film Festival and the Toronto Film Festival in September.

Spotlight
When The Boston Globe reported on a series of child sex-abuse allegations in the Catholic Church in 2002, the investigation blew open a cover-up spanning decades and earned the paper a Pulitzer—and now, a movie. “I consider it one of the great investigative journalistic moments of this century,” says writer-director Tom McCarthy (The Visitor). He, co-writer Josh Singer (The Fifth Estate), and the cast—including Michael Keaton, Rachel McAdams, and Mark Ruffalo as Globe journalists—”conducted hundreds of hours of interviews to try to get this right,” he says. “It’s a story that people need to hear.”

We would like to remind everyone that we now have a new domain: RachelMcAdamsOnline.com – Don’t forget to bookmark us and use our new domain from now on while visiting our site.