Rachel attended the 2015 Toronto International Film Festival Jason Reitman’s Live Read even earlier today of the classic – and one of her personal favorite films – “The Princess Bride“. As previously announced, Rachel read the role of Buttercup, which was originated by Robin Wright. The Star is also reporting that she read the part of Valerie. Rachel was joined by Chris O’Dowd (as Count Rugen and Miracle Max), Cary Elwes (as Westley), Rob Reiner (as Grandfather), Gage Munroe (as Grandson), Patrick Stewart (as Humperdinck), Catherine Reitman (as Inigo Montoya, filled in for Gael Garcia Bernal), Georges Laraque (as Fezzik), Donald Glover (as Vizzini and The Albino). The first images have been added of Rachel arriving before the live read, alongside her co-stars for the evening and director Jason Reitman. 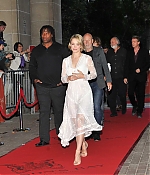 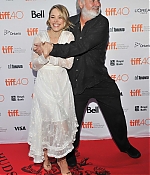 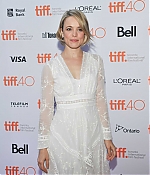 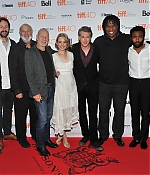