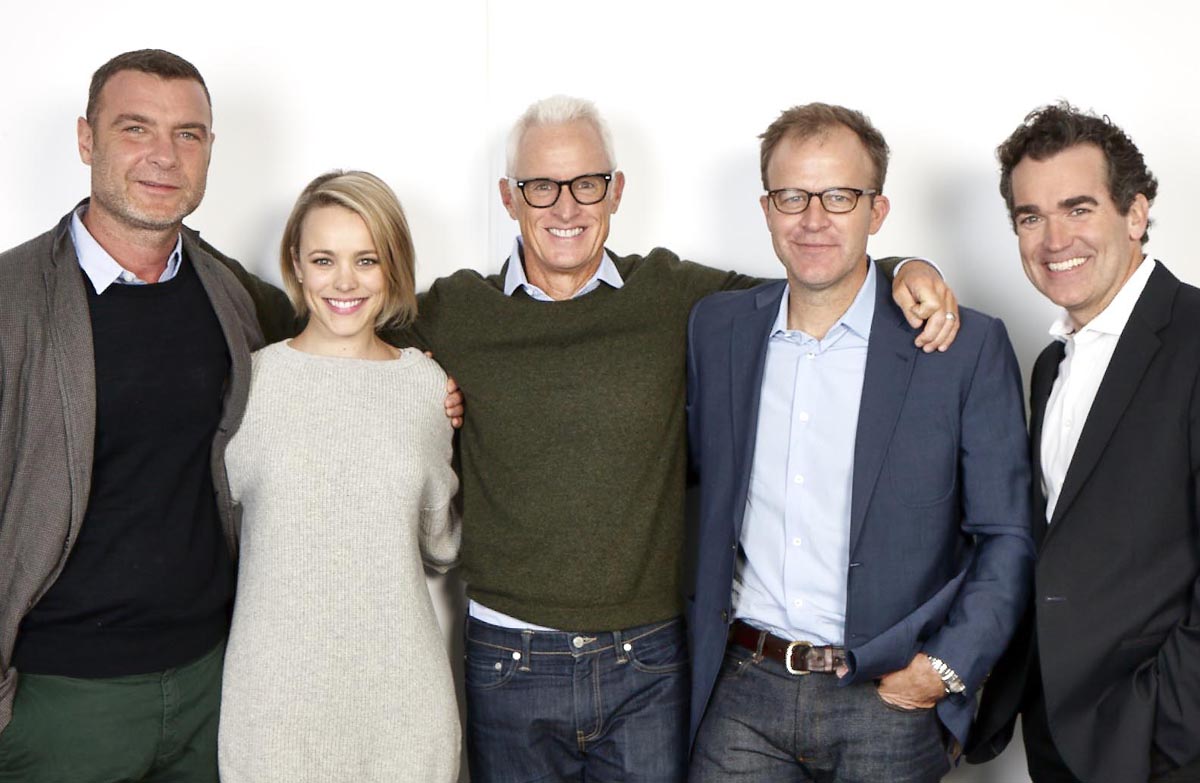 Deadline’s AwardLine published a press junket interview with writer/director Tom McCarthy and Rachel alongside Sacha Pfeiffer, who she portrays in the movie, which was recorded during the 2015 Toronto International Film Festival. The video can be found in our video archive. We also added the portrait session Rachel did alongside McCarthy, her co-stars and the real-life Spotlight team.

This awards season, it’s the battle of the newsroom films with Truth going inside 60 Minutes and the 2004 Rathergate scandal and Spotlight shining on the Boston Globe‘s crack investigative journo team that exposed the Boston Catholic Archdiocese cover-up of its child-molesting priests.

Such intricate stories, like Truth, often are based on a book, but Spotlight director Tom McCarthy bare-knuckled it with scribe Josh Singer, meeting with all the Globe reporters, church officials and investigators involved in the 2001 scandal before they hammered out a script (“I wish it was based on a book,” he told Deadline. “It would have made it much easier.”). McCarthy visited Deadline/Awardsline’s Toronto Film Festival studio and expounded on his approach to the film, along with actress Rachel McAdams, who was in tow with the Boston Globe reporter she portrays in the film: Sacha Pfeiffer who was tasked with interviewing the victims in the molestation case.

Open Road Film will release Spotlight on November 6. The film, which marks the return of Oscar-nominated Birdman actor Micheal Keaton, received rave reviews out of TIFF and has a current Rotten Tomatoes of 96%.