A few great new portrait outtakes of Rachel during the 2015 Toronto International Film Festival to promote “Spotlight” have been added in our gallery, including a newly released session with The Wrap alongside her co-star Brian d’Arcy James, director Tom McCarthy and screenplay writer Josh Singer. The digital magazine scans of the current issue of Entertainment Weekly (October 3, 2015) have been added in our gallery as well. Many thanks to my friend Luciana for donating them to us. The scans feature a great new photo of Rachel during the 2015 Telluride Film Festival. 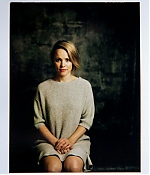 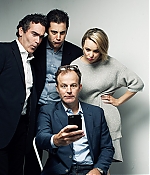 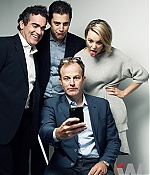 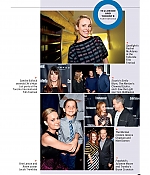 “Spotlight” currently holds a 97% rating at Rotten Tomatoes (with 31 reviews) and a 81 Meta Critics score (with 10 reviews). The movie has been very well received after it’s premiere screenings at the Venice, Telluride and Toronto International Film Festival. THR is exclusively reporting earlier this week that the ensemble cast will be promoted for Oscar consideration in the supporting acting categories:

The movie has been making headlines after it’s festival premieres as possible Oscar season frontrunner. The cast and crew have been part of the latest award season predictions. Variety is currently ranking Rachel #8 as Best Supporting Actress Frontrunners. A selection of other supporting actress prediction lists: Indiewire (at #10), Award Circuit (at #4), Scott Feinberg for The Hollywood Reporter (at #7) and Thompson on Hollywood. The movie will get a limited release on November 6 before going nationwide on November 20 (U.S.A.).