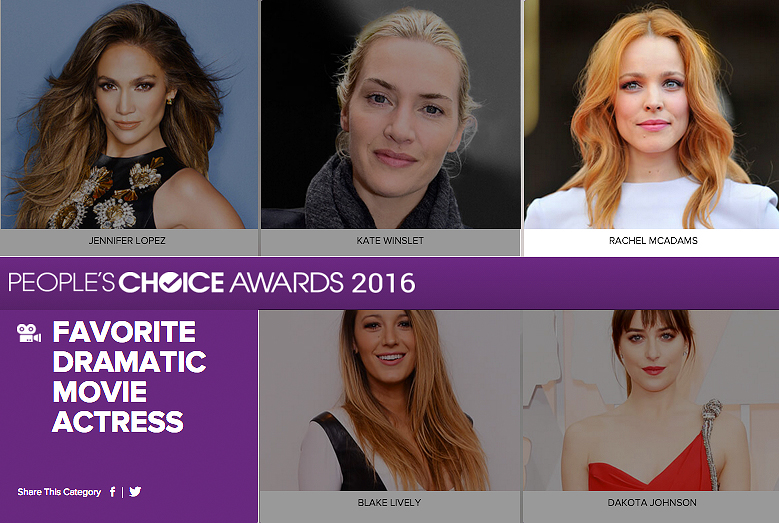 The 2016 People’s Choice Awards has officially announced it’s nominations and Rachel has received enough votes for an official nomination in the Favorite Dramatic Movie Actress category. She has received a nomination alongside Blake Lively, Dakota Johnson, Jennifer Lopez and Kate Winslet. The annual event is set for January 6 in Los Angeles and will air on CBS. You can vote for Rachel by going to the official website. Be sure to vote as many times as want and share your vote on social media!