Entertainment Weekly has the first official look at “Doctor Strange” in their current issue, which is on (digital) newsstands right now. We have added the digital scans of the entire feature in our gallery. More details on Rachel’s character has been revealed by the magazine, while the characters name is yet to be revealed. Over the past few days EW released more details on the movie via their website, including more details about Rachel’s co-stars Chiwetel Ejiofor and Mad Mikkelsen. The excerpts and links can be found after the jump. 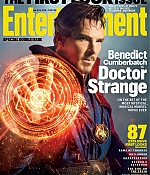 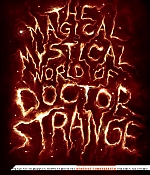 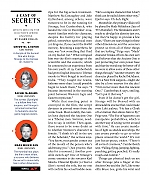 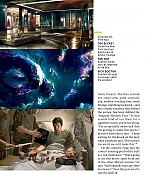 Be sure to click on the heading to head over to the full article.

On Tilda Swinton’s Character: “Look, she’s a chameleon in everything she does. She has this amazing [ability to] harness of this androgynous sense. So, we use the term ‘her’ and ‘she’ in the film but, other than that, it’s very androgynous. Because it doesn’t matter.”

On Shooting in Kathmandu: “We were in Kathmandu, we were shooting in some of the public areas, and the crowds that turned out for Benedict weren’t like anything I’ve ever seen in 30 years in the business.”

On The Powers Of Dr Strange: “He does cast spells, which in the comics have very sort of tongue-twisty fun names. We don’t want to shy away from that, because that’s what makes Doctor Strange Doctor Strange.”

On Mad Mikkelsen’s Character: “Mads is playing our main villain. Mads’ character is a sorcerer who breaks off into his own sect.”

Benedict On Dr Strange: “There’s a huge amount of physicality. He’s physically a very strong presence in the world. His hands are no longer capable of the fine skill needed for delicate surgery but physically he’s still strong.”

Chiwetel On Karl Mordo: “Oh, he’s a very complex character that, really, I don’t think can be nailed down either way [good or bad], you know. I guess it’s something to experience, is what I’d say.”

On Casting Benedict: “He was someone that we were very interested in for a very long time. We have to try and make it work with Benedict and with his schedule.”

Benedict On Doctor Strange: “What happens here in this origin story is, Strange realizes the power he has within his body is not about his body. It’s something that’s beyond the causal-temporal-linear-reality that he knows so well as a [surgeon]. We come from this very causal world into this mystical, magical world of other realms and sorcery.”

Derrickson On The Visuals: “I was always interested in the extreme mind-bending visuals of the comics. I had very ambitious for the visuals, which were rooted in the comics, that movies haven’t done yet. And a lot of that goes back to the Ditko artwork and all that ’60s craziness you see in the comics.”