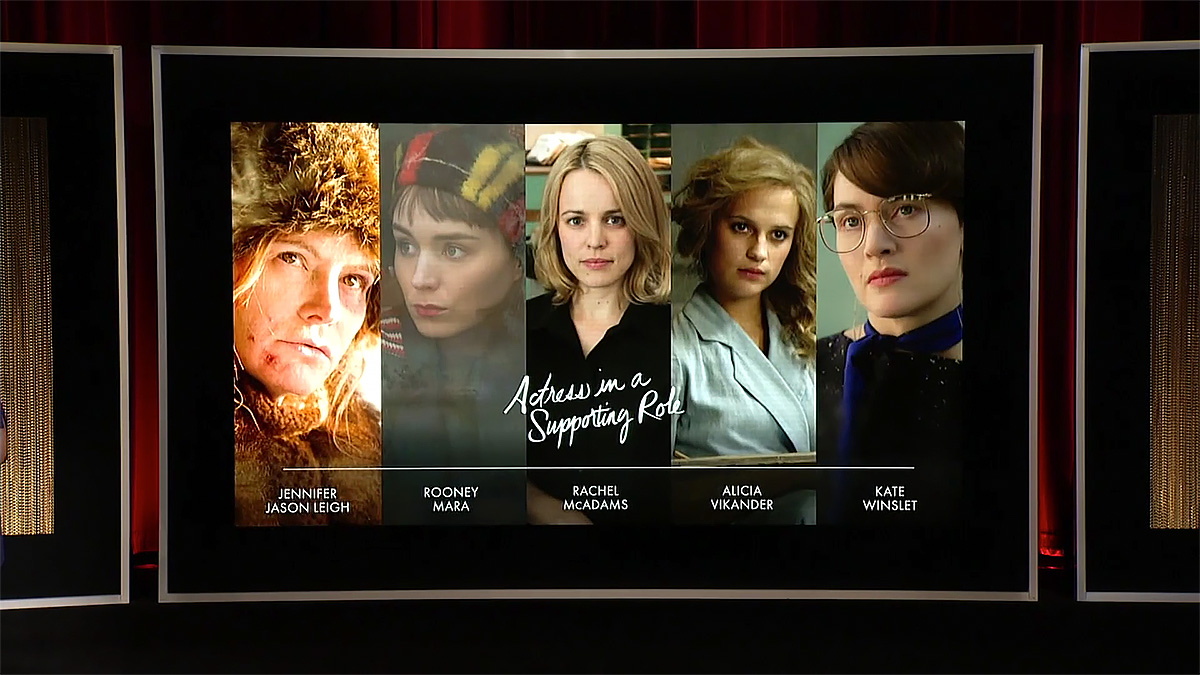 The 88th Academy Awards Nominees were announced earlier this morning and Rachel received her very first Academy Award nomination. Rachel received a Best Supporting Actress nomination for her work in “Spotlight“. She shares the category with Jennifer Jason Leigh (The Hateful Eight), Rooney Mara (Carol), Alicia Vikander (The Danish Girl) and Kate Winslet (Steve Jobs). “Spotlight” also received nominations for Best Supporting Actor (Mark Ruffalo), Best Director, Film Editing, Original Screenplay and Best Picture. Congratulations to Rachel, the cast and crew for their nominations! For a full list of nominations be sure to head over to Oscars.org. Rachel and Sacha Pfeiffer spoke to the Boston Globe, you can find the excerpts of their reaction to the “Spotlight” nominations below and the full article can be found in our press archive.

Rachel on finding out about her nomination: “I had the day wrong. I was in a deep, deep sleep, I was half-asleep wondering why my publicist was calling me at 5:45. Then I saw every person who I had ever loved or knew had texted me. I thought there had been some catastrophic event in the world.”

Sacha Pfeiffer on Rachel: “Most people only see the red carpet side of big-name actors, but I got to witness up-close how hard Rachel worked to get ready for this role, and how much effort she put into studying me and replicating my mannerisms and even trying to understand the way I think. And I consider that a testament to how talented she is.”
» Read Full Article

The reactions from the “Spotlight” cast and crew can be found after the jump. The award ceremony takes place on February 28, at the Dolby Theater in Hollywood.

Tom McCarthy (Director): “One of the first things I said to my producers was two years ago was that we were dead after moving studios. The Open Road guys deserve so much credit for this because it is not an easy movie to sell and they sold it well. All this critical attention and the box office has been great. It’s good for movies because it’s the (kind of) movies I want to see and these films are getting harder and harder to make.”

Josh Singer (Screenplay): “We had a lot of help from the six reporters who just gave an incredible amount of their time. They had to re-live it all over again and I think some of it was great for them and some of it was tough. They really were our partners in this. Tom (McCarthy) is one of the most wonderful partners of the world. You collaborate with a lot of people over the course of your career and you never know what you’re going to get. This was one of those rare and incredible collaborations. If I was told beforehand how much re-writing there were be on-set, I would have fainted and then got up and run away. I joked with Rachel (McAdams, nominated for Best Supporting Actress) at one point that after we had given her more pages the night before, that she was so good that the problem is you don’t give us any incentive NOT to give pages to you the night before. Mark Ruffalo was the first one to sign on and he’s the soul of the movie.”

Steve Golin (Producer): “It’s been completely gratifying that we got (‘Spotlight’) made, it’s just a risk because of the subject matter. I have been so happy with how Open Road got this film the attention it deserves.”

Rachel In Talks For “Collateral Beauty”?