Open Road Film has announced the details for the Blu-Ray/DVD release of “Spotlight“. The Blu-Ray & DVD release for the movie is on February 23. The movie is available, starting today, in the U.S. on Digital HD. The Digital HD (on Itunes), Blu-Ray and DVD all include 3 special features. Be sure to head over to GoWatchThis.com to find your preferred platform. The movie is nominated for 6 Academy Awards, including Best Picture, and earned Rachel her very first Academy Award nomination (for Best Supporting Actress). The official press release can be found below (via PR Newswire): 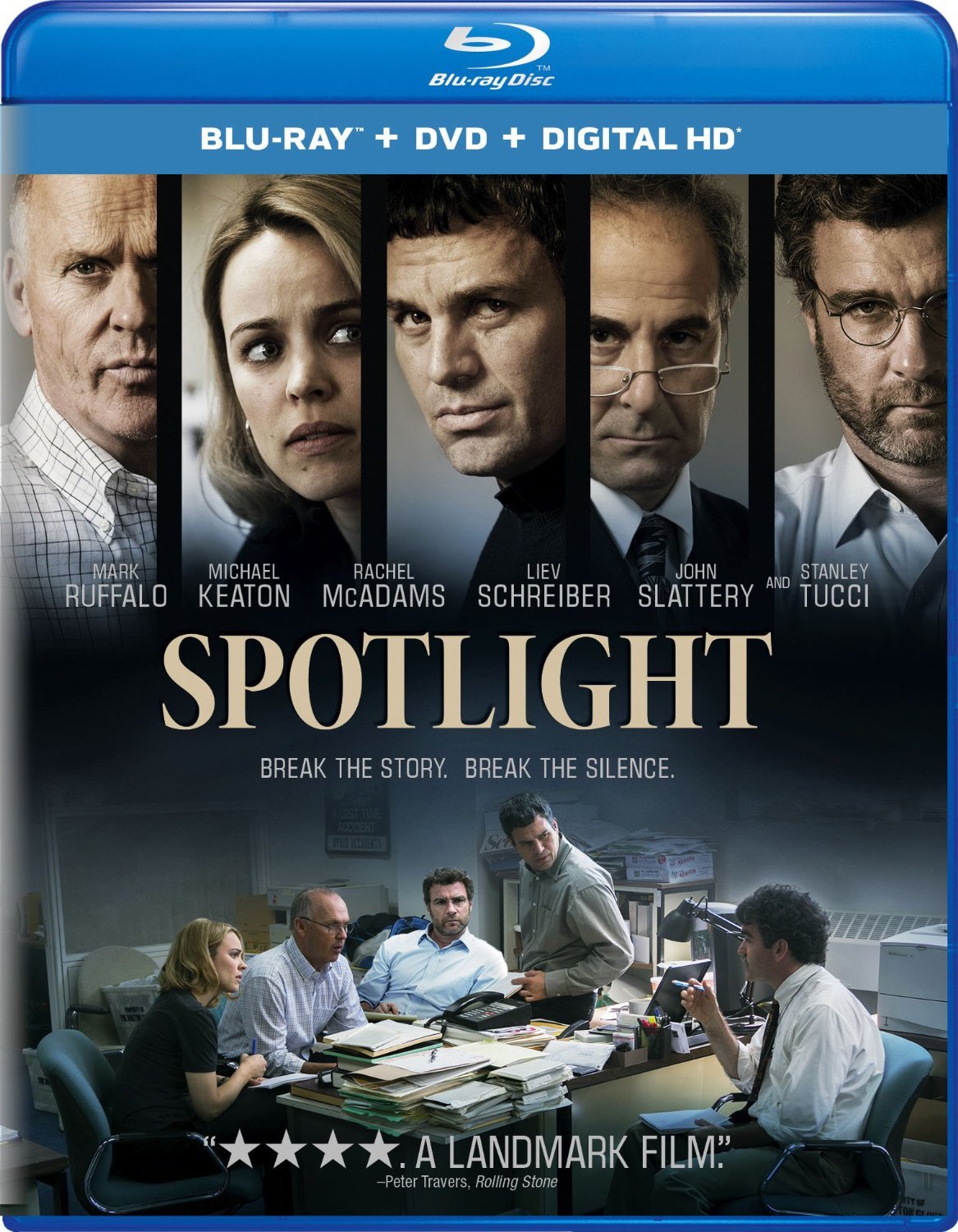 The riveting true story of the dedicated investigative team that blew the lid off a monumental cover up, Spotlight is now available on Digital HD, and comes to Blu-ray™ combo pack, DVD and On Demand on February 23, 2016, from Universal Pictures Home Entertainment. Directed by Academy Award® nominee Tom McCarthy (Up, The Station Agent), this taut drama goes behind the scenes of one of the most notorious scandals in recent history as a small group of intrepid journalists take on a seemingly unbeatable opponent — and win. “A tour de force” (Variety), Spotlight on Blu-ray™ and DVD features an insightful “making-of” documentary and revealing conversations with the filmmakers.

“A masterpiece” according to Brian Truitt, USA Today, Spotlight is one of the most important and critically acclaimed films of the year, nominated for six Academy Awards including Best Picture, Best Supporting Actor, Best Supporting Actress, Best Director and Best Original Screenplay. Additionally, the film was nominated for three Golden Globes®, two SAG Awards, eight Critics Choice Awards and a total of nine Best Picture nominations.

Michael Keaton (Birdman), Mark Ruffalo (Foxcatcher) in his Academy Award® nominated role and Rachel McAdams (Southpaw) in her Academy Award® nominated role lead a critically acclaimed cast in this gripping story of the Pulitzer Prize-winning investigation that uncovered a scandal that rocked one of the world’s oldest and most trusted institutions. Delving into allegations of child abuse within the local Catholic Archdiocese, a tenacious team of Boston Globe reporters exposes a decades-long cover-up that reaches the highest levels of Boston’s religious, legal, and government establishments. “Brilliantly acted and flawlessly directed” (New York Post), Spotlight is a powerful drama-thriller the critics are calling “the All the President’s Men of our time” (Los Angeles Times).

BLU-RAY and DVD BONUS FEATURES:
Uncovering the Truth: A Spotlight Team Roundtable – Fourteen years after their journalistic detective work made headlines and rocked the Catholic church, the real-life Boston Globe Spotlight team reunites for a roundtable discussion about the challenges they faced, and how the shocking story they uncovered continues to impact the world.
Spotlight: A Look Inside
The State of Journalism

Blu-ray™ unleashes the power of your HDTV and is the best way to watch movies at home, featuring 6X the picture resolution of DVD, exclusive extras and theater-quality surround sound.

DVD offers the flexibility and convenience of playing movies in more places, both at home and away.