Rachel has been busy with promoting “Spotlight” during award season and we are unable to catch up on recent magazine scans, until now. We have added the (digital) magazine scans of (international) magazines in our gallery, including great interviews with Hello! Canada – her first exclusive post-Oscar nomination interview – and Hello! Magazine UK. The transcripts of the interview have been added in our press archive. 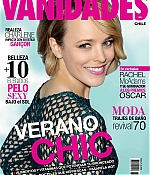 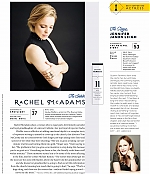 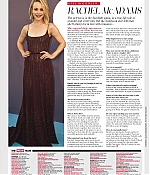 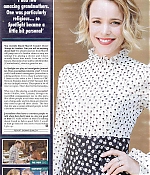 On selecting projects: “Oh, it sort of seems to change with every project, but I just always look for something that’s going to challenge me, some uncharted territory. A director who’s passionate, good storytelling — those are usually at the top of the list and then I go from there.”

On Doctor Strange: “I’m afraid someone from Marvel will jump out of a hidden closet to stop me talking! I’m playing a doctor and I don’t actually know how much I can say, to be honest. But most of my stuff is with Benedict [Cumberbatch], which is great for me.”

On Sacha Pfeiffer: “She’s just an incredibly awesome person. She works so hard and really cares about telling the story right, no matter what it takes. I feel very privileged to play her.”

Next up are the Satellite Awards on Sunday (February 21). Rachel is nominated for Best Supporting Actress for her work in “Spotlight” and the cast is expected to receive the Ensemble: Motion Picture Award. It’s not yet announced if Rachel will attend the ceremony.