Only one more day until the release of “The Little Prince” in the US. The movie will be available for streaming on Netflix US starting tomorrow. The movie will also be released in selected theaters in New York, San Francisco and Los Angeles. The Los Angeles Times and New York Times ran a print advertisement this past weekend and we have added it in our gallery. We also came across a brand new featurette of the movie, released by the Japanese distributor earlier this year and we have added the high definition screencaptures in our gallery. 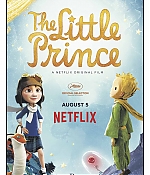 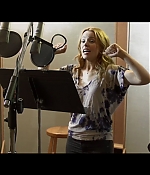 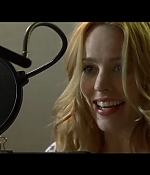 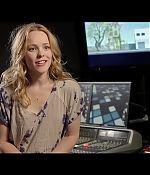 A little girl lives in a very grown-up world with her mother, who tries to prepare her for it. Her neighbor, the Aviator, introduces the girl to an extraordinary world where anything is possible, the world of the Little Prince.

The movie currently holds a 96% rating at Rotten Tomatoes, which means it’s officially certified Fresh. The Metacritics rating is 71. You can find our review round-up after the jump.

The movie premiere last year during the 2015 Cannes Film Festival. We made a Cannes review round-up last year, which you can find in our previous post. Recent reviews can be found below:

3/5 stars
“Voice casting is another strength […] What he’s done is put together a film that’s stunning to look at and compelling in story. He shows great respect to the original book by keeping the tale as the core. At the same time, it is all presented in a modern package that should attract young viewers. It will motivate viewers to seek out the original book.”
–Rick Bentley, The Fresno Bee

3/5 stars
“Ultimately, “The Little Prince” is a film that everyone should be happy to show their children.”
–Brian Tallerico, Roger Ebert

“The voice cast is packed with notable names, from Rachel McAdams as The Mother […] And each plays their part with suitable—but not upstaging—verve. I’d tell you to watch The Little Prince for its enchanting animation alone. That it’s poignant, thoughtful, and warmly thrilling, that’s just icing.”
–Kristy Puchko, Pajiba

3/5 stars
“But the result is a labour of love, full care and craftsmanship – even if your own Little Prince (or Princess) may take time warming to it.”
-James Mottram, SCMP

8/10
“For the “real world,” traditional CGI is employed to bring The Little Girl and her community to life, with big eyes and expressions helping to support exemplary voice work. Perhaps “The Little Prince” isn’t the direct take on the novella fans may be expecting, but with relaxed expectations, there’s exceptional artistry and profound meaning to examine.”
–Brian Orndorf, Blu-Ray.com

3,5/4 stars
“The film remains true to both the spirit and the substance of the original novella. If what is essential is invisible to the eye, then The Little Prince has accomplished the impossible; it has made the invisible visible, and in 3D no less.”
–Chris Knight, National Post

“The movie ends with a bit of a narrative pileup, and some Little Prince purists might be put out by Osborne’s additions. But children and grown-ups who watch with their hearts will be rewarded with a very sweet film.”
–Alison Gillmor, Winnipeg Free Press

3,5/4 stars
“We are reminded of films such as The Wizard of Oz and even The English Patient, but mostly the audience is invited to celebrate the purified wonder of youth and the dazzle of life’s invisible indispensables.”
–Brad Wheeler, Globe and Mail

“As I say in my video review above, none of this behind-the-scenes drama is due to the lack of quality on the part of the film, which is a real charmer and worthy of all the critical acclaim it has received wherever it has played.”
–Pete Hammond, Deadline

“Combining elements of Pixar’s “Up” and Tim Burton designs, Mark Osborne’s movie is delicately layered, dryly funny in that sparkling French way and full of surprises. If it is a little too slow-moving and thoughtful for little kids, for older kids and adults it’s .?.?. essential.”
–Kyle Smith, New York Post

“But, for all its lack of lesson restraint, the movie magically finds a path back to your heart. The overflow of talent surely helps—not only is it scored by Hans Zimmer, it features endearing performances by Mackenzie Foy as Violet (you may remember her as young Murph in Interstellar), Rachel McAdams as her Mother […]”
–J Don Birnam, Latino Review

Reminder: “The Little Prince” Out Now (US)!