With less than 4 months until the release of “Doctor Strange“, the promotion is slowly starting. We will round up the latest news in this post. First of all, director Scott Derrickson (presumably) revealed via his official twitter account that the movie will get a PG-13 rating. His message, which is upside down, says (Via ComicBook): “Rated PG-13 for kaleidoscopic galactic intensity and other dimensional psychotropic violence”. Secondly, Marvel released new production still. Sadly, no new stills of Rachel but you can head over to Disney’s official website to check them out. Thirdly, co-star Benedict Wong confirmed on his official twitter account that he “just wrapped” filming the movie. Director Derrickson confirmed earlier this year that the filming wrapped, so it has been speculated that Wong finished shooting reshoots or additional filming. Furthermore, it has been speculated that Robert Downey Jr. was involved. However, nothing has been confirmed. Finally, we have also made “Doctor Strange” related additions to our site. The video coverage of 2016 Comic-Con has been added to our media archive, including videos of the official Marvel Studios panel. During the panel it was confirmed Rachel is playing Doctor Christine Palmer. Marvel Latin America also released a new photoshoot outtake, presumably an outtake from the movie’s promotional photoshoot, which we added in our gallery. Let’s hope more outtakes will be released soon! 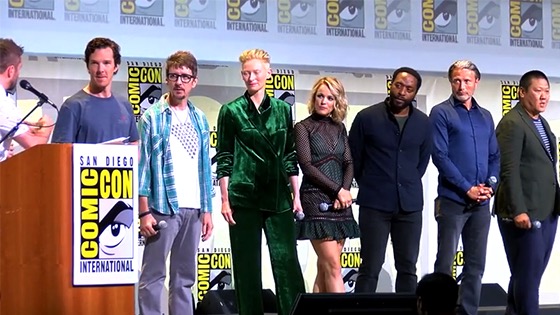 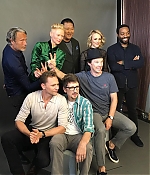 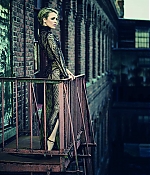 From Marvel comes “Doctor Strange,” the story of world-famous neurosurgeon Dr. Stephen Strange whose life changes forever after a horrific car accident robs him of the use of his hands. When traditional medicine fails him, he is forced to look for healing, and hope, in an unlikely place—a mysterious enclave known as Kamar-Taj. He quickly learns that this is not just a center for healing but also the front line of a battle against unseen dark forces bent on destroying our reality. Before long Strange—armed with newly acquired magical powers—is forced to choose whether to return to his life of fortune and status or leave it all behind to defend the world as the most powerful sorcerer in existence. Join Strange on his dangerous, mystifying, and totally mind-bending journey when Marvel’s “Doctor Strange” opens in U.S. theaters on November 4, 2016.

“Doctor Strange” will be released in the United States on November 4. The movie is expected to be released on October 28 in the UK.