“Doctor Strange” is the main coverstory of the current issue of Entertainment Weekly (October 21 issue). We have added the magazine scans in our gallery. Rachel and producer Feige talked about wether Rachel’s character might dopt her own alter ego: Night Nurse in the movie. You can find the article after the jump. Further, Rachel revealed she prepared for her role by spending time in a hospital in London. Be sure to pick up your own copy of EW. 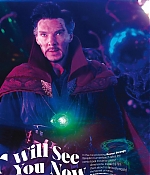 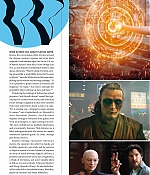 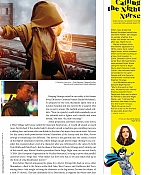 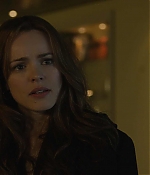 Rachel on preparing for her role: “Now, in a pinch, I could stich somebody up on the sidewalk with a lighther and a needle and some thread. So that’s exciting!”

Rachel on if she is playing the Night Nurse: “Mum’s the word on that one”

Last year, Daredevil showrunner Steven DeKnight revealed that he initially wanted cast member Rosario Dawson to play this iteration but changed the name of the actress’s superhero-treating character to Claire Temple after being told that Marvel’s feature film branch had plans for Night Nurse “down the road.”

McAdams acknowledges she is aware of the rumors but declines to comment further. “Mum’s the word on that one,” says the Spotlight star.

However, Marvel Studios president Kevin Feige says there are no plans for Palmer to become Night Nurse — at least not yet. “I will say that that story line does not play into the movie,” he reveals. As for the future? “It’s just as much fun for us as it is for the fans to speculate about that,” says the Marvel Studios chief.