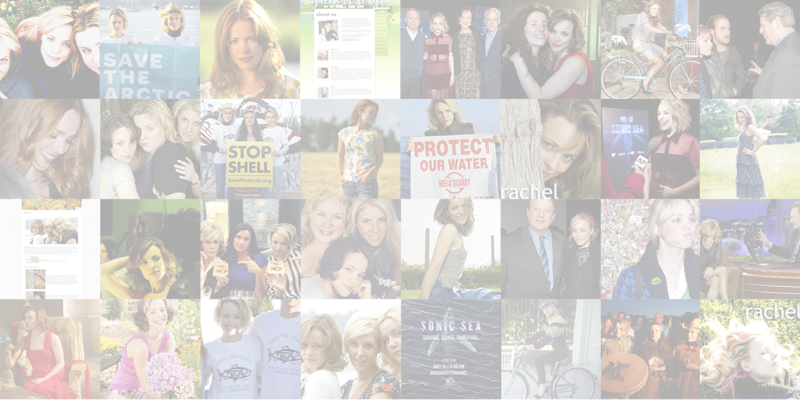 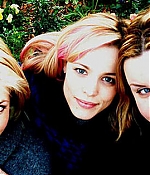 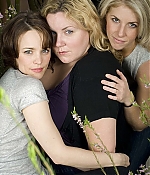 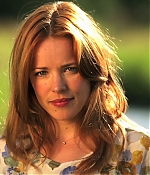 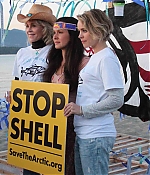 The Environmentalist: Green Is Sexy

Rachel and her friends Megan and Didi launched GreenIsSexy.org in 2007. Fun fact: Rachel met Megan on-set of “The Hot Chick” (2002) in which Megan plays Hildenburg. Green Is Sexy “came about when three friends realized that exchanging quips & tips on ways to make an impact on the environment was becoming daily conversation.” Rachel, Megan, & Didi shared many great practical tips, ideas and inspiration in support of the environment in the five years that the site was online. Conan O’Brien gave the website a shout-out while Rachel was promoting “Sherlock Holmes” in 2009. They even made the headlines the next day, because Rachel and Conan discussed bamboo and soy underwear. Further, in 2009 Rachel told Vogue that her perfect day consisted of doing “a little work on the website [greenissexy.org]”.

R: I love the environment & there’s more to come regarding this…stay tuned! RT@rachelmonline Will you bring back http://t.co/aNZSLAWBX5?

Rachel, Megan, & Didi graced the cover of eco-friendly magazine Green Living in the Summer of 2008 to talk about the website. Rachel told the magazine: “I’m excited that people are getting on board and that the Oscars had their first green event. We could still make great art and great movies without the burden of how much they cost to the environment.” Rachel seems to want to approach filmmaking eco-friendly. For a recent covershoot with Stylist UK Rachel requested an eco-taxi and brings her own water bottle to set according to Instyle. Additionally, Rachel reportedly requested the make-up department to use environmental friendly products on-set of her movies, including “Morning Glory“.

While promoting “About Time” Rachel was asked – this was one of the questions we send in! – during a twitter Q&A about the site and she revealed: “I love the environment and there is more to come with this. Stay tuned!” It is unclear what project Rachel was hinting about, she never publicly confirmed a new project with Megan and Didi but over the years she has been involved with other environmental projects, including the ones we will highlight in this article. 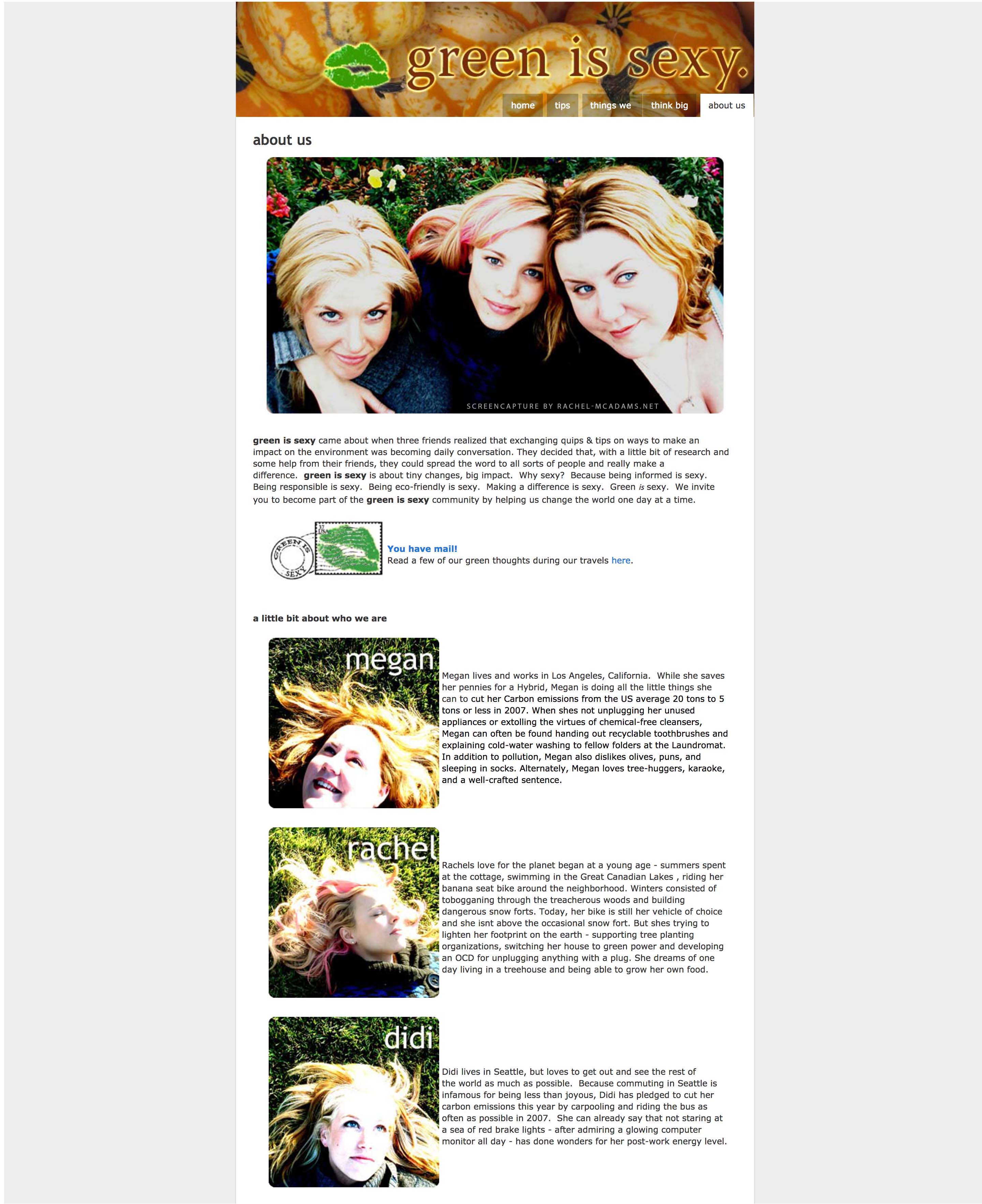 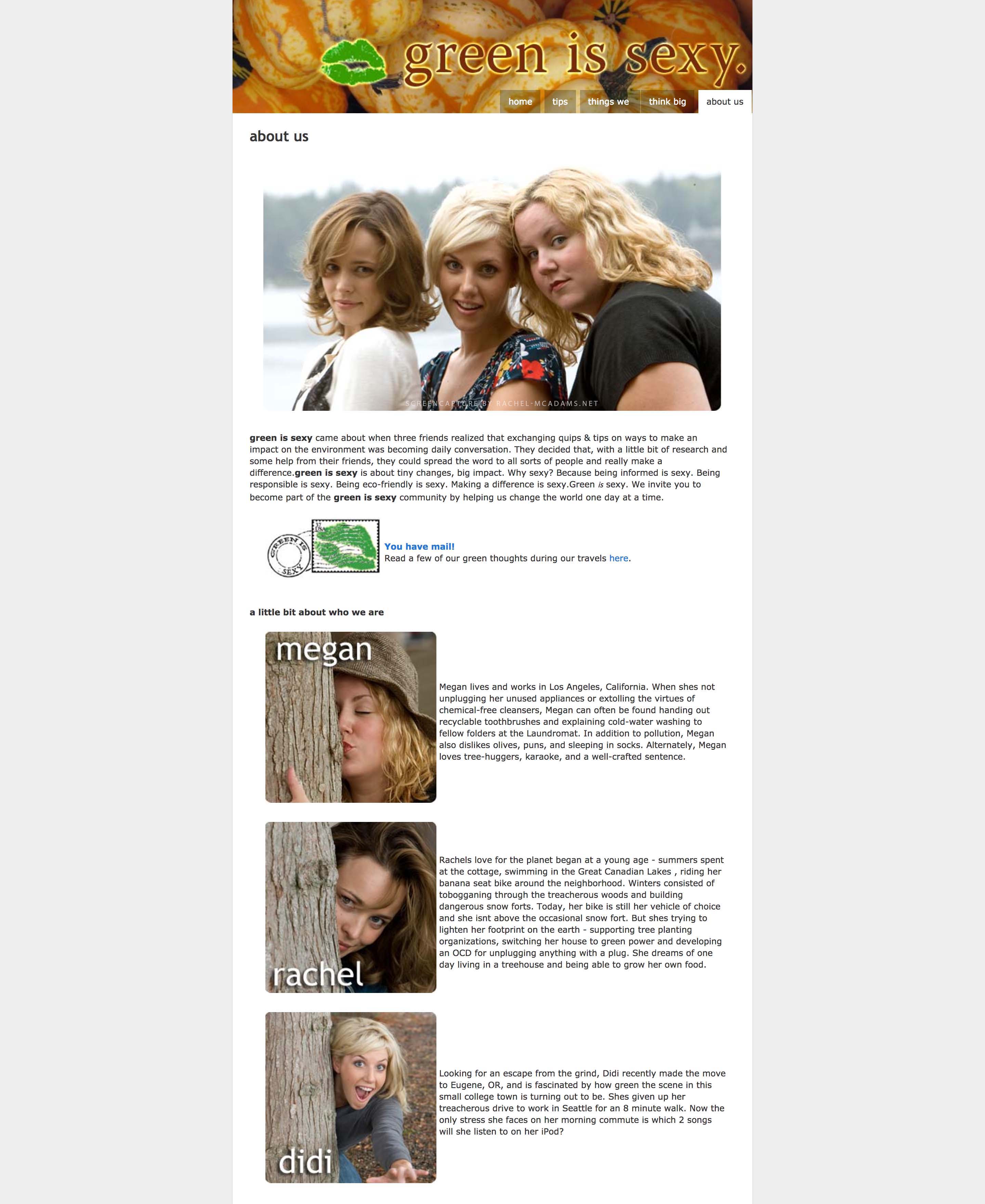 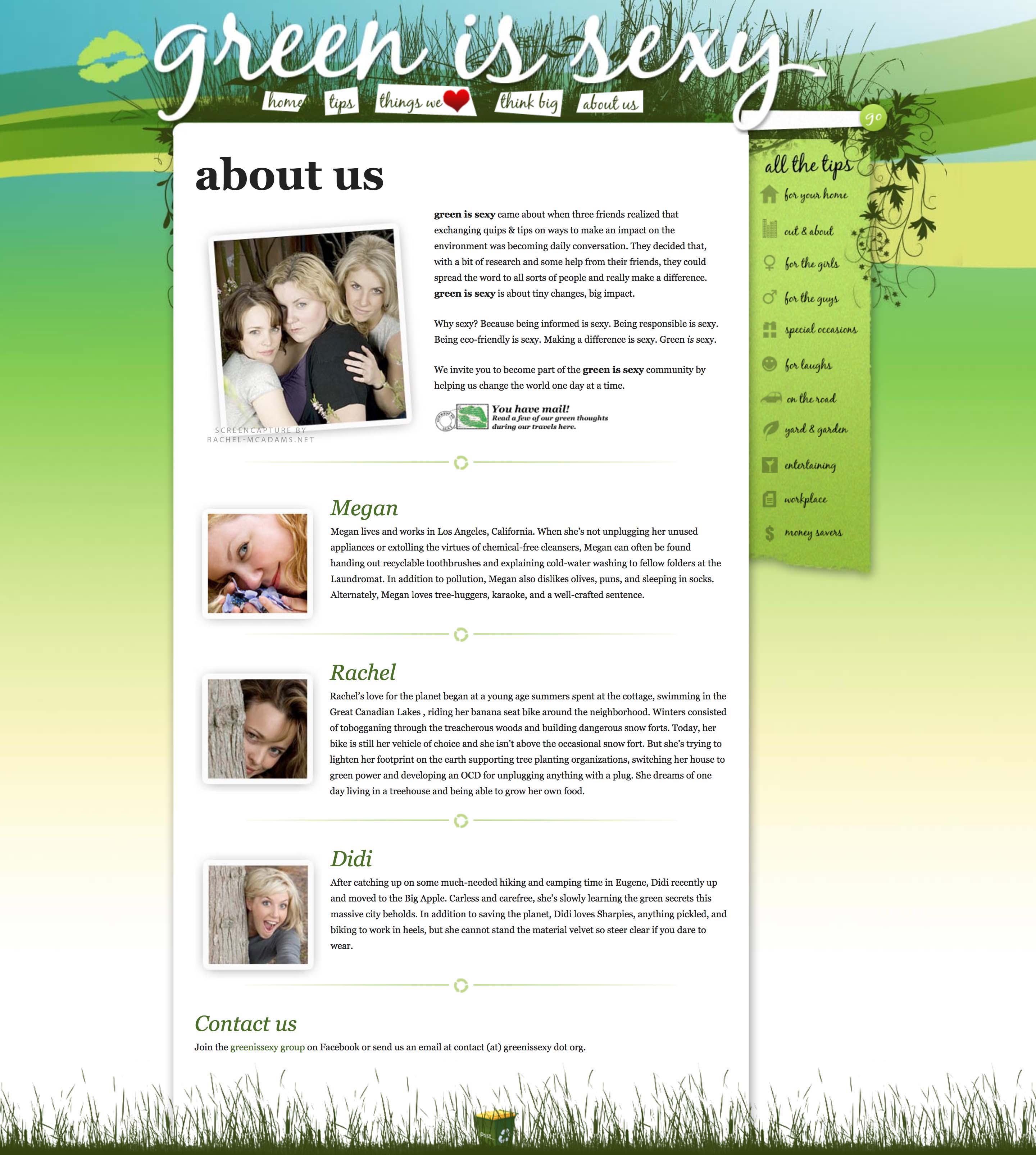 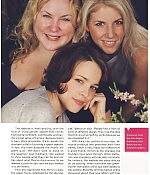 The Filmmaker: Sonic Sea & Beyond

Rachel has been actively involved in filmmaking projects focusing on the environment. For example, she has collaborated with Natural Resources Defense Council (NRDC), a non-profit international environmental advocacy organization, on the documentary “Sonic Sea” which she narrates. The documentary aired last year on Discovery and is about protecting life in our waters from the destructive effects of oceanic noise pollution, according to it’s official website. Rachel and NRDC also collaborated on an online campaign last year which aimed to urge the government to protect our coasts from oil and gas drilling.

Rachel appears especially interested in projects and movements focused on protecting our water. In 2013 Rachel appeared in a short film/promotional reel by Food & Water First, aimed to change land-use policies so prime farmland & water resources are protected for future generations. The Food & Water First movement is the legacy of the Stop the Mega Quarry campaign. Rachel joined the Stop Mega Quarry campaign the year before, in 2012, by collaborating with filmmaker/photographer Jason Bruggen by posing with a Protect Our Water sign.

Rachel collaborated on another filmmaking project in 2007. However, to our knowledge, this project was never officially released. In April 2007 Rachel filmed a Live Earth about Global Warming short film in Los Angeles. The short was directed by Alma Harel and produced by Justin Benoliel for Partizan Entertainment. 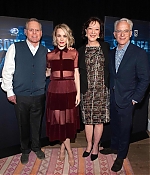 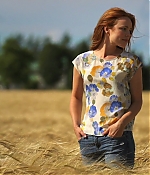 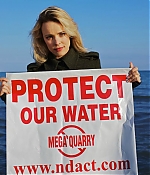 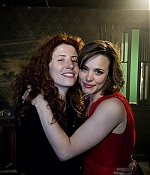 Seemingly inspired by the words, putting words into action, Rachel has taken an activist stand-point on various environmental related issues. She has collaborated with Greenpeace, an independent global campaigning organization for the environment and their Save the Arctic Campaign. She joined fellow actress and activist Jane Fonda by attending the Toast The Coast rally, hosted by Greenpeace, in 2015 in Vancouver in support of the Save the Arctic Campaign. The rally was aimed to celebrate Canada’s coastline and raising awareness of the environmental issues surrounding oil drilling and pipelines. The day before the rally, Rachel and Jane Fonda showed their support for the Toast The Coast by posing for a #ShellNo selfie. The #ShellNo hashtag represents the movement against arctic drilling. Fun Fact: It seems that Jane Fonda and Rachel have kept in touch. Fonda told the press last year that Rachel had agreed to lobby with her in support of the environment.

Greenpeace Canada and Rachel also collaborated on a TV spot, narrated by Rachel and filmed by filmmaker Jason Bruggen, to support the cause of Arctic protection. You are still able to sign the Save the Arctic Campaign petition by going to SaveTheArctic.org. Other filmmakers who have supported the Save The Arctic movement include Emma Thompson, Hugh Grant and George Clooney.

Other petitions and movements Rachel has showed support for include New York Blood Center’s chimpanzees movement (alongside Jessica Chastain & Kate Mara), We stand with Grassy Narrows open letter (alongside Jane Fonda & Margaret Atwood), #SonicSea Petition, and Leap Manifesto. She also supported the Matter of Trust Hair Boom, after the massive oil leak in the Gulf of Mexico. Further, she supported Foodstock, which is part of Food & Water First movement.

Another fun fact: Rachel was spotted at the Occupy movement in Toronto and later told Glamour, “I wanted to educate myself. People have said it’s unfocused, but I appreciate that there are so many different groups coming together peacefully, saying there are things that are broken in the system, and we need to put our heads together.” 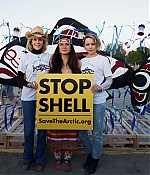 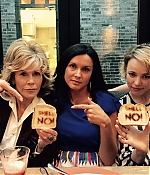 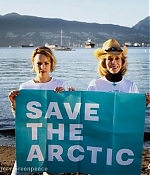 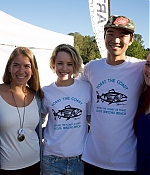 Fun Fact: In 2006 Rachel attended an event hosted by Al Gore. A year later Rachel was part of the jury at Al Gore’s Live Earth Treehugger contest. Additionally, in 2013 Rachel was the Honorable Ambassador for an event hosted by the Clinton Foundation in Toronto. The Clinton Foundation focusses on addressing the next generation about global challenges including environmental issues. 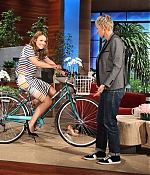 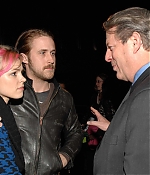 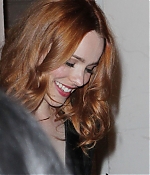 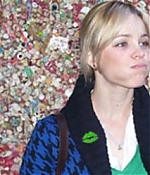 For more information about the causes Rachel supports, be sure to head over to our information page and our news feed with the latest news.

Disclaimer
Rachel McAdams Online/Rachel-McAdams.net is a non-profit fansite dedicated to Rachel McAdams. We have no affiliation with Ms. McAdams herself, her management/agency, co-workers, family or anyone else around her or any of the above mentioned causes/organizations/brands. We made this post with aim to show support to causes/organizations and filmmaking projects that Ms. McAdams has publicly supported (based on interviews and other press coverage) in the past. However, we can not guarantee that Ms. McAdams supports or still supports the above mentioned organizations.