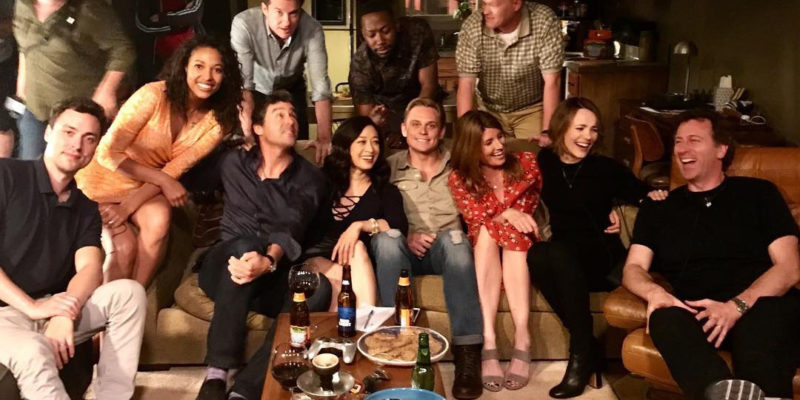 It’s a wrap for “Game Night“. It appears the movie wrapped up filming last week with Rachel’s last day of filming on Friday. The movie began filming early April in Atlanta and filmed throughout April until last week. The movie filmed in Atlanta and in the Atlanta region including Marietta, Alpharetta and Cartersville Airport. Rachel’s co-stars shared on-set images to celebrate the wrap, which you can find below. Rachel stars as Annie alongside Jason Bateman, Billy Magnussen, Sharon Horgan, Lamorne Morris, Jesse Plemons, Kylie Bunbury, Michael Cyril Creighton and Kyle Chandler. The movie is expected to be released on February 14, 2018 in the USA.

The movie is directed by John Francis Daley and Jonathan Goldstein, who also wrote the latest draft of the script from an original screenplay by Mark Perez. Jason Bateman is also serving as producer alongside John Davis, Marc S. Fischer, John Fox and James Garavente. As previously reported, “Game Night” marks Rachel’s return to a true comedy since 2005’s “Wedding Crashers“. Rachel’s co-star Kyle Chandler talked about just finishing the movie last week, while he was promoting another project.

That's a wrap on #GameNightMovie ? Say it ain't so! ? Two months flew by, what a thrill it's been! Made friends for life. Gained some L B's from the southern food. Laughed harder than I ever have before. Learned so much! This movie is so damn funny ? can't wait for you all to see it next year!

The actors on the set of my movie were chilling between takes and inadvertently became a Christian Rock album cover. pic.twitter.com/BGzBnBCGbH