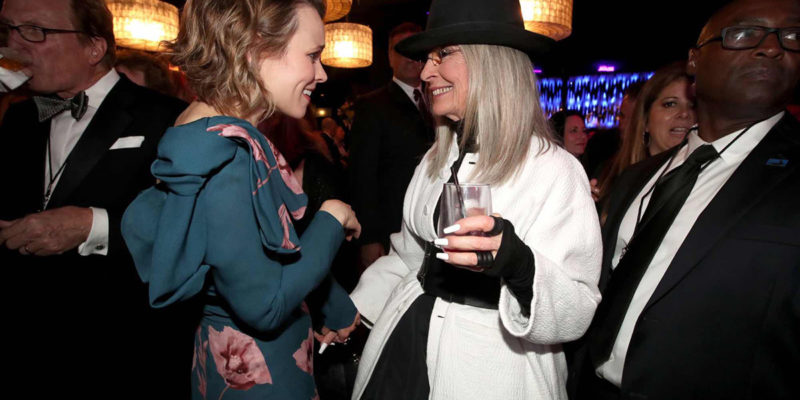 Rachel attended the AFI 45th Life Achievement Award Gala Tribute to Diane Keaton yesterday during which Keaton received a Lifetime Achievement Award. The award honors an individual whose career in motion pictures or television has greatly contributed to the enrichment of American culture. Previous recipients include Meryl Streep, Al Pacino, and Jane Fonda who all attended yesterday’s ceremony. Rachel was one of the guests who paid tribute to Diane, sharing how Keaton mentored her. The first batch with high quality images have been added in our gallery. TNT and TCM will broadcast the event in a one-hour special AFI Life Achievement Award: A Tribute to Diane Keaton according to the official website. The special will premiere on TNT on Thursday, June 15, at 10:00 p.m. (ET/PT). Sister network Turner Classic Movies (TCM) will encore the special on Monday, July 31, during a night of programming dedicated to Keaton’s work. Be sure to check your local listings for the time. 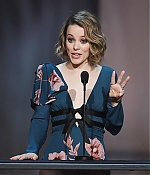 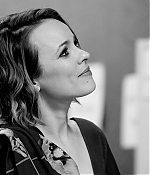 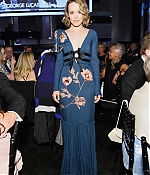 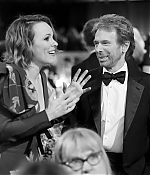 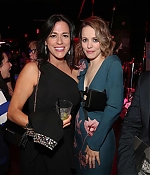 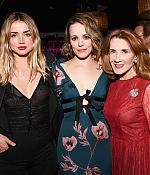 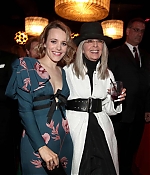 Variety – The younger folks were represented by Rachel McAdams, Emma Stone, Reese Witherspoon, and Lisa Kudrow who talked about how she mentored them. Witherspoon said she was given a “trifecta of advice”: have a natural sense of fashion, use physicality to create a character, and “permission to unapologetically be yourself.”

McAdams too was given three pieces of advice: “Get an assistant, don’t be too picky with men, and always wear your nicest underwear. I did, I’m working on it, and I’m wearing Spanx, I failed you there.”

Some fun facts: As you probably know, Rachel and Diane worked together twice already. In 2005 on “The Family Stone” and in 2010 on “Morning Glory“. To quote Elle Magazine, Diane seems to be Rachel’s “biggest fan” and she is frequently quoted by magazines for in-depth pieces on Rachel including for Elle in 2007 (“I hadn’t been that impressed with someone since I worked with Meryl Streep”) and Vogue in 2009 (““Such a brilliant actress, she has that kind [as Meryl Streep] of intelligence.”). Rachel was cast in “Midnight in Paris” (2011) because of the “glowing” reports from Diane. It seems Rachel and Diane seem to have kept in touch over the years. Rachel said in 2009: “The first thing Diane [Keaton] always asks me is about my love life. I thwart her as I do everyone else.”