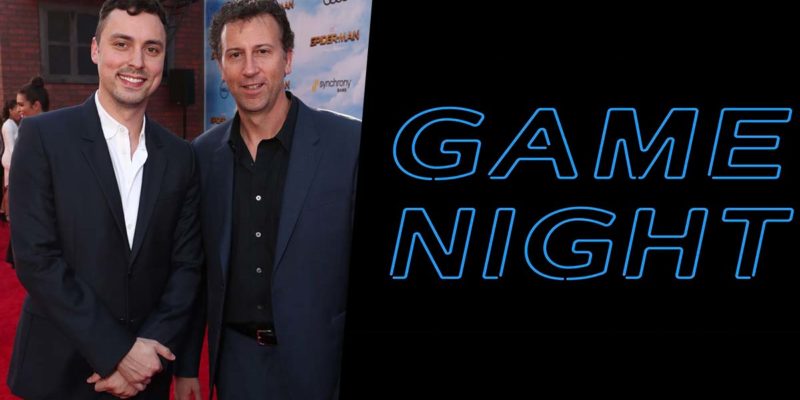 “Game Night” directors Jonathan Goldstein and John Francis Daley are currently promoting ‘Spider-Man: Homecoming’, which they co-wrote and they briefly talked about “Game Night” as well. In an interview with Creative Screenwriting they confirmed they wrapped the movie about a month ago and revealed they are aiming for a balance between comedy and thriller. Further, Goldstein seems to suggest that Michael C. Hall is part of the cast, which hasn’t been reported before.

Next up you two have Game Night, which you rewrote and directed. Can you talk about that film?
Goldstein: We’re actually editing it right now. We finished shooting it about a month ago. It stars Jason Bateman, Rachel McAdams, Kyle Chandler, Jesse Plemons, Michael C. Hall, and Jeffrey Wright.

Daley: It’s a very fun cast, and a cool blend of comedic and dramatic actors.

What we’re trying to do with that movie is find a fun balance between the genres of thriller and comedy. It isn’t your typical mainstream comedy, because we wanted to inject real-life life or death stakes, where you’re not quite sure what’s going to happen next in the story or if anyone is going to make it out alive.

There is a much greater focus on the look of the film and the specific tone, so it was in many ways more of a challenge than Vacation was to direct, and to keep those two genres alive throughout.

Additionally, they also briefly mentioned to movie in their interview with Box Office and confirmed they will work on editing and post-production the coming months. It appears that the movie already had it’s first test screening, as we previously reported on our twitter, last month.

You two recently directed Game Night, coming out next year. Can you talk about that or any other projects you have coming up?
John: That’s the one that we’ve really got our attention on because we’re in post-production right now. We’re in the middle of editing, so we’ll be focused primarily on that for the next few months […] We have a TV project as well that we’re working on with Fox, but right now 90 percent of our time is spent on Game Night.

Jonathan: Yeah, we were in Atlanta for the last three months – up until three weeks ago – prepping and shooting that movie.