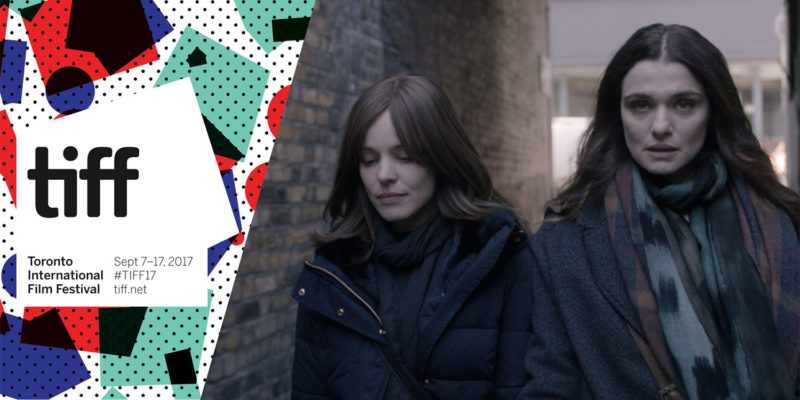 The Toronto International Film Festival just announced it’s first wave of movies (special presentations and galas) and it has been announced that “Disobedience” is part of their line-up as part of their special presentations program. According to their official website the screening will be a world premiere and the running time is 114 minutes. The 42nd Toronto International Film Festival runs from September 7 to 17, 2017. To see the full lineup, be sure to head over to the official website.

Sebastián Lelio directs Rachel Weisz and Rachel McAdams in this adaptation of Naomi Alderman’s novel about a woman who returns home to her orthodox Jewish community in London and rekindles a romance with her cousin’s wife.

The schedule will be released on August 22nd. Film4 and FilmNation also just revealed the first look of the movie featuring Rachel and costar Rachel Weisz, which you can find after the jump, and we have added the still in our gallery as well.