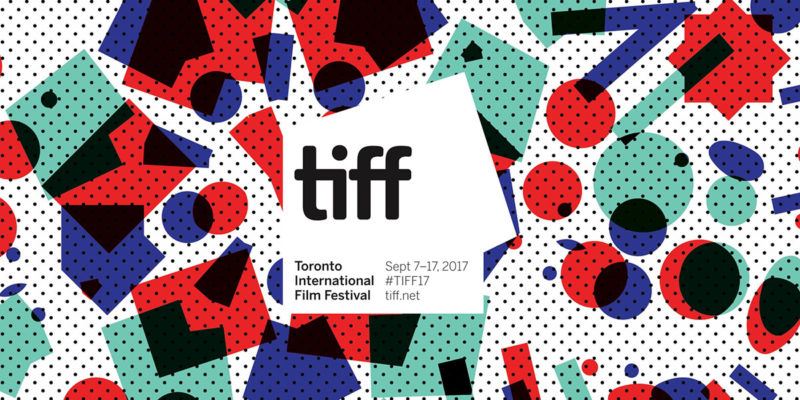 It’s only one day until the world premiere of “Disobedience” during the 2017 Toronto International Film Festival and the movie seems to be one of the most anticipated movies of the festival. If you follow our twitter feed @rachelmonline you might have noticed the movie is included in lots of anticipations lists by various media outlets, including from trade sources. We decided to make a round-up of all the articles in this posts in anticipation of tomorrow’s premiere. According to both Variety, Deadline, and THR the movie is one of the most in demand titles at the buyers market. The movie already found distributors internationally, including in the UK, but is still without a distributor in the US. Let’s hope it will get acquired during TIFF. Be sure to check back tomorrow for our coverage of the world premiere.

The Toronto Film Festival isn’t just an essential stop for Oscar hopefuls. There’s also an active film market that results in plenty of all-night bidding wars. This year, studios and distributors will make the trek across the border, on the hunt for films that can be arthouse hits or awards winners. Here are 12 films that will have companies breaking out their checkbooks.

Will the dreadful summer put a chill on acquisitions at the Toronto Film Festival getting underway today? I’d be surprised. This despite several buyers telling me they will be cautious, and that they only see a handful of highly desirable titles and that this Toronto will primarily be for distributors to launch titles in Oscar season. A look at the inventory not only of the festival slate but a slew of scripts, packages and promo reels should lead to enough commerce to make Toronto a strong sales market.

With this year’s edition of the Toronto Film Festival in full swing, we’ve taken a deep dive into the program and pulled together a list of films we can’t wait to see. Our intrepid critics, Matt Hoffman and Victor Stiff, lay our their picks below.

Disobedience
The second of Sebastian Lelio’s films to play at the festival – the first being the already raved about A Fantastic Woman – is the Chilean director’s Disobedience. The film examines a romantic relationship between two women within an Orthodox Jewish community. For his English-language debut, Lelio has cast two massively talented stars, Rachel Weisz and Rachel McAdams.

Lelio’s 2013 film Gloria was one of my favorites from that year’s festival. In that film, Lelio provides a refreshingly affirming lens to an underrepresented form of female sexuality by delving into the sex life of a woman in her late-fifties. With Disobedience, the director seems to once again be spotlighting a relationship that would be foreign to most moviegoers. At this point, the film does not a distributor, but I’m suspecting that Disobedience will be bought within days of its first screening. Keep an eye open for this one come awards season.
» Read full article

“Disobedience”
What You Need to Know: This film, co-written by British playwright Rebecca Lenkiewicz and director Sebastian Lelio, is based on Naomi Alderman’s eponymous novel. Lelio will be debuting both “Disobedience” and “A Fantastic Woman,” his piece about a young transgender woman, at TIFF 2017. Alderman is renowned for her woman-centric prose (she’s been mentored by Margaret Atwood, if that’s any indication), and the filmic adaptation of “Disobedience” is shaping up to build on that legacy. With renowned actresses Rachel Weisz and Rachel McAdams in the lead roles, this film deftly explores lesbian identity against a backdrop of religious intolerance. If you’re starving for some great female protagonists — and/or want to see Rachel2 fall in love — keep an eye on “Disobedience.”
» Read full article

Now that Telluride is over and Venice is winding down, it’s time to turn our attention to a huge film festival that re-screens films from other festivals while also premiering a host of interesting fare. It’s time for the Toronto International Film Festival, where much of the fall movie season is unveiled, where awards campaigns take flight and sputter out.

And then there’s Disobedience, an adaptation of the popular novel about a woman returning to her Orthodox Jewish roots in London. The film, which stars the Rachels Weisz and McAdams, is directed by rising Chilean director Sebastian Lelio, who has two films at the festival. The other film is the Berlin holdover A Fantastic Woman, an exquisitely crafted drama about a trans woman reeling in the wake of her lover’s death. If Disobedience is good too, this could be a major career moment for Lelio.
» Read full article

It’s hard to even know where to start when it comes to previewing or planning to cover a festival as big as Toronto. Over the span of about 10 days, dozens of films will have their Canadian and World Premieres. What will make international waves from Toronto this year?

“Disobedience”
Two Rachels—Rachel Weisz and Rachel McAdams—headline one of two films at TIFF this year directed by Sebastian Lelio. Adapting Naomi Alderman’s novel, Lelio tells the story of an Orthodox Jewish woman named Ronit (Weisz), who returns home after a death in the family and rekindles a romance with a childhood friend named Esti (McAdams), who now happens to be married to Ronit’s cousin (Alessandro Nivola). Forbidden sexuality in a deeply religious society could make for fascinating drama. Premieres Sunday, September 10th.
» Read full article

Unlike Berlin, Cannes or AFM, Toronto never was designed to be a presales market. As such, the vast majority of films up for grabs this year are finished. And even among finished films, domestic buyers will find relatively slim pickings. Privately, domestic sellers say they don’t anticipate any of the titles to hit the eight-figure range. Still, a robust market is expected. These 11 films are among those that should make a splash.

Screen Daily: 15 films to look out for at the Toronto International Film Festival

Awards season swings into high gear at this year’s Toronto International Film Festival (Sept 7- 17), the vital North American launch for prestige contenders and pretenders. On the eve of the festival, Screen has selected a few of the stand-out titles from this year’s event.

Vulture: The 24 Films at the Toronto Film Festival That Already Have People Buzzing

It’s fall film-festival time, and while Venice and Telluride have gotten their licks in this past week, it’s the Toronto Film Festival that offers the biggest explosion of movies yet. Offering highly anticipated premieres and several brand-new standouts, there’s almost too much to see at Toronto — including, in this heavily female-fronted lineup, what seems like a new Best Actress contender every few hours — but the crew at Vulture will do our damnedest to cover it all over the next week and a half. What movies should you expect to hear more about? Here are some of the Toronto titles that have got film fans buzzing.

Disobedience
Rachel Weisz and Rachel McAdams as two women in an insular Orthodox Jewish community who find love with one another, while one of them is married to the other’s cousin? Sold. — JY
» Read full article

Forget the holidays — for film lovers, stargazers and Oscar buffs, the Toronto International Film Festival is “the most wonderful time of the year.”

Disobedience
The sell: Two of your favourite Rachels (Rachel Weisz and Rachel McAdams) star together in a story about forbidden love, and a crisis of faith. Weisz spent years producing and developing this project for the big screen. Here, Weisz takes Naomi Alderman’s novel about a secular Jew who returns home to her orthodox Jewish community to an even bigger audience. Save for its basic premise and the hype surrounding its two stars, not much is known about Disobedience, which will have its world premiere at TIFF. With no release date scheduled outside of one in the U.K. next May, this could be the hidden gem you’re looking for.

In other news director Sebastian Lelio talked to Screen Daily about the movie making process of “Disobedience. Excerpts can be found below.

On filming: “I was the ultimate foreigner there because I’m not British and I’m not Jewish and this story is about a community that is very secretive and not even Londoners know well. That alien perspective made its way into the film and allowed me to concentrate on what I usually enjoy more — what’s going on, on a human level, among the characters.”
On language: “Working in English was challenging. But at the end of the day, making a film is making a film wherever you are… Language was never an element and if it was, we switched into telepathic mode.”

North London native Weisz had optioned the rights to Naomi Alderman’s 2006 novel and was a big attraction for Lelio, who adapted the screenplay with Ida screenwriter Rebecca Lenkiewicz. Frida Torresblanco produced for Braven Films, Weisz for HGS Productions and Ed Guiney for Element Pictures.

FilmNation co-financed Disobedience with Film4 and virtually sold out in Cannes where Sony Pictures Worldwide Acquisitions (SPWA) took a number of territories including Latin America and Spain. Curzon Artificial Eye picked up the drama for the UK and FilmNation and WME Global represent US rights.

Finally, DP Danny Cohen also briefly talked to IndieWire for their article about the cameras being used in films selected by TIFF.

Cohen: “Red was the right camera for the film. It’s an intimate story and we shot in some small spaces, so I wanted a camera that would be unobtrusive. A lot of the coverage was handheld so a small light camera really helped. The look I was after to start with was cold and emotionally drained, that then goes on a bit of a journey.”