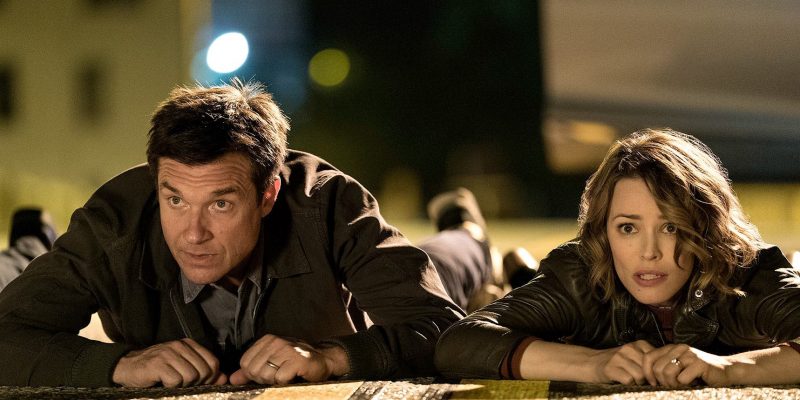 People Magazine released the first official look at “Game Night” featuring Rachel and her costar Jason Bateman. We have added the still in our gallery. Rachel’s costar Jason spoke to People, the article can be found below. The movie will be released on March 2, 2017 in the USA.

Some people take game night a little too far.

Jason Bateman and Rachel McAdams find themselves fighting to save a friend’s life in the upcoming dark comedy Game Night — and PEOPLE has the exclusive first look.

In the film, the pair star as Max and Annie, whose weekly couples game night takes a turn when they divert from their standard Pictionary and charades to play a game of murder mystery — complete with fake thugs and faux federal agents. But when someone goes missing, the group must determine if it’s part of the game, or real life.

“In the game, somebody does get kidnapped and what we realize later is that’s it’s actually a real kidnapping by coincidence. It happens on the same night,” Bateman tells PEOPLE. “So there’s some overlap in there in wondering what’s real and what’s part of the game, which lends itself to a little bit of action, some nighttime intrigue, thriller stuff. And of course, you’ve got the comedy all the way through.”