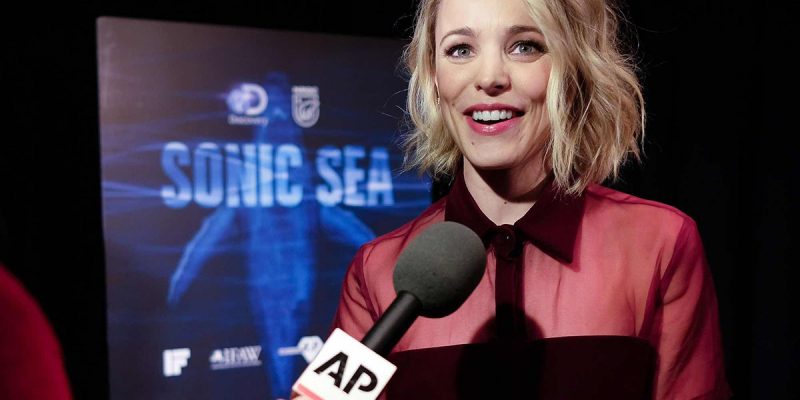 Rachel and NRDC teamed up last year for the documentary “Sonic Sea“. If you are a subscriber of their newsletter you have received a newsletter written on behave of Rachel herself asking people to join the NRDC Action Fund to ask representatives in Congress to say NO to weakening the landmark Marine Mammal Protection Act to fast-track oil and gas drilling.

And it probably won’t surprise you to learn what captured my heart the most: Whales. Dolphins. Seals. Sea lions. Manatees.

These remarkable marine mammals surprised me again and again with their beauty and intelligence, and their sense of humor.

So when I heard that Congress is considering legislation that would gut the bedrock conservation bill that protects marine mammals in U.S. waters, I knew I had to speak out.

Join me and tell your representative in Congress to say NO to weakening the landmark Marine Mammal Protection Act to fast-track oil and gas drilling.

Forty-five years ago, the Marine Mammal Protection Act was created in response to the American public’s deep connection to our most majestic marine life. Now, anti-environment members of Congress are doing the oil and gas industry’s dirty work, and pushing legislation that would:

– Allow harm to huge numbers of whales and dolphins;
– Permit harassment of marine mammals without requiring mitigation;
– Create a dangerous loophole in Endangered Species Act protections;
– Rush the permitting process for dangerous industrial activities;
– Open up the Atlantic and Arctic to offshore oil and gas development.

When I watched oil and gas companies using high-powered air guns to map potential fossil fuel deposits beneath the ocean floor, I saw how devastating these activities can be to marine life. NRDC and the NRDC Action Fund have been fighting to protect whales and dolphins against these kinds of threats for decades, but this could quickly change if Congress strips the Marine Mammal Protection Act of its core provisions.

So stand with me and let Congress know: On the 45th anniversary of the Marine Mammal Protection Act, we still want whales and dolphins protected, and we’re watching your every move.

Together, we can make sure lawmakers hear our message loud and clear. Thank you!